Birgit Åkesson was a dancer and one of Sweden’s foremost modern choreographers during the 1900s.

Birgit Åkesson was born in Malmö in 1908. Her father Nils Åkesson was a building constructor. Her mother was Ida née Olsson. The couple had three daughters and one son. Birgit Åkesson had rather vague career plans to start with. During a visit to Germany, she came across so-called free dance, which led to her applying to Mary Wigman’s school of dance in Dresden in 1929. There she was taught expressionistic dance, “Ausdruckstanz”, with strong physical expression and an emphasis on the force of gravity. Dance was often a solo form accompanied by occasional instruments like the piano or other percussion instruments.

In 1932, Birgit Åkesson took her examination at the school of dance and moved to Berlin where she earned her living for a short time as a dancer with the director Max Reinhardt. Her debut as a choreographer took place at the Théâtre du Vieux-Colombier in Paris in the spring of 1934, and it was well received by the French critics. She made her Swedish debut at the Royal Academy of Music in Stockholm in November 1934. To be able to support her artistic work economically, she opened her own school, as did many other dancers at that time. There she offered everything from modern dance technique and individual gymnastics to children’s dance and compositions for groups.

During the war years, Birgit Åkesson worked on her own and developed an artistic expression that differed from expressionistic dance. It was manifested in 1946 at the concert hall Konserthuset in Stockholm. There she danced, among other things, Blå Afton and Fruktbarhet, both without music. She also danced to music by Johann Sebastian Bach and Béla Bartók.

After the war, Birgit Åkesson travelled abroad giving solo performances. She visited Paris, London, Milan, Rome and New York among other places. Her special aesthetics attracted much attention. In the English art and dance historian Fernau Hall’s book An Anatomy of Ballet, from 1953, she is described as “the Picasso of dance”. She worked at the same time on the theoretical level, holding lectures and writing articles. In them, she defined her aesthetic standpoint: movement was not meant to illustrate an action but to be focused on the essence of the dance – movement itself and rhythm.

Birgit Åkesson was married to the Danish sculptor Egon Möller-Nielsen in 1946—1955 and they had one daughter, Mona.

The years after the end of the second world war brought with them a boost for ideas about cooperation between the arts. For Birgit Åkesson, this meant a crucial aesthetic orientation that was to influence the continuation of her career. Öga: sömn i dröm was the first joint work for her with the composer Karl-Birger Blomdahl and the poet Erik Lindegren. The solo dance was performed in 1953 at the Kungliga Teatern (now Kungliga Operan). In 1962, it was filmed with the dancer Margaretha Åsberg.

The same year, Blomdahl wanted to compose the music for a more extensive dance work, and Lindegren came on the idea of using the Sisyphos myth as the starting point, inspired by Dag Hammarskjöld’s peace-keeping work in the UN. The ballet Sisyfos had its première in 1957. A solo from the ballet Persefones dans has later been danced by Marie Lindqvist and filmed on Swedish Television.

Sisyfos was the first in a row of works for the Kungliga Teatern that was based on various contemporary artists’ cooperation. The one that awoke most attention was the opera Aniara in 1959, based on Harry Martinson’s verse epos with music by Blomdahl, décor by Sven Erixson and produced by Göran Gentele.

At that time, there was no education for choreographers available in Sweden. Birgit Åkesson and the Norwegian pianist Kåre Gundersen took the initiative therefore of starting Koreografiska institutet in 1963. The choreographer Birgit Cullberg and Dansmuseet’s founder Bengt Häger were also members of the leadership. In 1964, a pedagogue course was added and nowadays the institute is part of the Stockholm University of Arts.

Eventually, Birgit Åkesson decided to leave the school. She visited countries in Africa on several occasions and that resulted in a personally influenced research project between 1967 and 1975. It was initially supported by funding from Riksbankens Jubileumsfond. The project resulted in a book: Källvattnets mask: Om dans i Afrika in 1983, that was translated into French and English (“Mask of the spring water: dance as a source of culture in Africa”, translated by Rachelle Puryear & Håkan Lövgren). For Birgit Åkesson, the meeting with African dance meant getting closer to what she considered to be the origins of dance. Her work was widely spread via Birgitta Öhman’s documentary Dansens egenart from 1987. In it, Birgit Åkesson talks about her choreographies and about the research project in Africa. In 1989, she created two solos, Dagrar and Höstlöv, for the Chinese dancer and choreographer Chiang Ching. They were filmed by Swedish television and turned out to be her last choreographies.

The publication of the book on dance in Africa and the new TV works created a renewed interest in the 1990s in the younger generation of dancers, choreographers and critics for Birgit Åkesson’s artistic expression. This was also influenced by her own writings, among others the collection of texts att ge spår i luften from 1998, in cooperation with Horace Engdahl, former Permanent Secretary to the Swedish Academy. In 1992, she was awarded a professorship by the government, and in 1999 she was awarded an honorary doctorate by the University of Stockholm.

Birgit Åkesson died in Stockholm in 2001. She lies buried in the Woodland Cemetery in Stockholm. 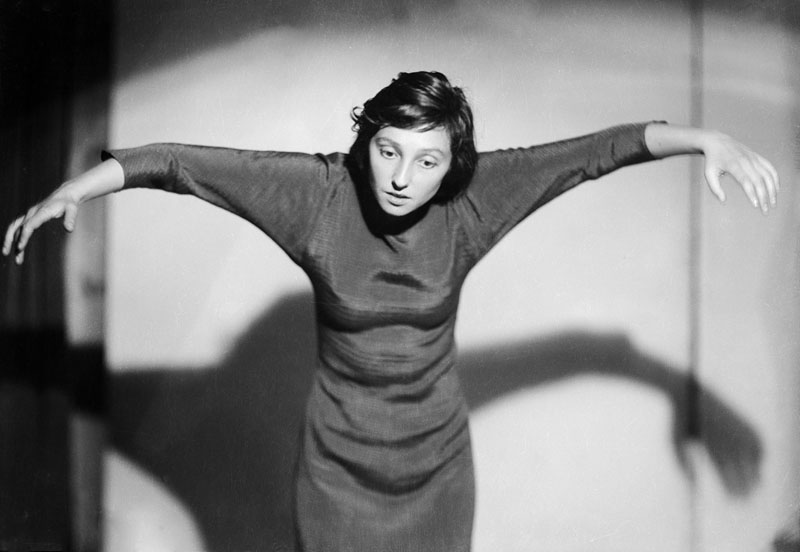