Betty Olsson was a prominent anti-Nazi firebrand and a driving force within the non-profit sphere of Norrköping. She was an active member of various clubs and held many different committee roles. For more than 30 years she manned the barricades, campaigning for women’s suffrage, for peace and for freedom, and opposing war and dictatorships.

Betty Olsson was born in Norrköping in 1871. Her parents were Jenny Eugenia Olsson, née Stenström, and Fran Olsson. Betty Olsson’s interest in finances and accounting emerged at an early age and it was something which came from her home background. Her father had previously been a treasurer and her brother Karl Herman, seven years her senior, also worked as a book-keeper.

By the late 1800s the textile industry was operating on a wide scale in Norrköping and many people in Betty Olsson’s environment worked within this industry. It was thus natural for her to begin as a book-keeper and treasurer at the Richard Wahren AB woollen clothing factory. When that factory underwent restructuring in 1913 Betty Olsson was offered a similar post within Förenade Yllefabrikerna AB (YFA, united wool factories) and she remained in post there until her retirement in 1931.

Betty Olsson enjoyed working but she also felt that she had more to offer. She wanted to work on behalf of women’s social rights, their rights to work, to housing, and to the vote. She thus joined the women’s suffrage movement and in 1916 she was elected onto the board of Föreningen för kvinnans politiska rösträtt (FKPR, association for women’s suffrage, local section of LKPR) in Norrköping. At the same time she became chair of the local liberal organisation Föreningen frisinnade kvinnor (FFK, later Frisinnade Kvinnors Riksförbund, FKR, national association of liberal women) whose struggle mainly concerned women’s civic rights as well as the contemporary peace question (this was during the First World War).

These concerted efforts on behalf of women’s suffrage were productive. In 1919 the Swedish parliament decided to introduce equal and general suffrage rights for women. However, the battle was not yet won. Betty Olsson’s and her fellow sisters’ struggle on behalf of suffrage continued, as did their associations’ efforts on behalf of women’s political emancipation, of peace and of justice. Betty Olsson was a driving force amongst Norrköping’s liberal party women during the mid-1920s. The association supported issues ranging from women’s and men’s rights to work and equality before the law, efforts towards peace, free trade, and land rights. The population question was also prominent.

Betty Olsson belonged to the more radical element among left-wing liberals, “born with a heart which cannot beat restfully because it reacts out of necessity to abuses of power and injustices and it harbours empathy with others’ afflictions”, as her colleague in the struggle Elin Wägner put it. However, Betty Olsson was also a pragmatic entrepreneur who worked hard to change society for the better. She was social-liberal in her views and keen to work across party- and associational-boundaries in the service of the cause.

Betty Olsson continued the fight for women’s rights elsewhere. During the 1930s she was chair of Internationella Kvinnoförbundet för Fred och Frihet (IKFF, Women’s International League for Peace and Freedom), she was a member of the board of the local branch of Fredrika-Bremer-Förbundet and Världssamling för fred (International Peace Campaign), believing it was important to be on your guard as the next war could be around the corner. The Nazi rise to power in 1933 proved to be an important factor in Betty Olsson’s non-profit efforts and her campaign for peace and democracy. There was now a common enemy towards which the energy could be directed. Women’s organisations got together to oppose dictatorships which threatened the rights and freedoms of all women. At the same time active efforts were made to ensure every woman’s right to her own career.

During the period of the Second World War Betty Olsson also joined anti-Nazi circles. She was a member of the Norrköping branch of Förbundet Kämpande Demokrati (Fighting for Democracy association) and was involved in organising a local anti-Nazi discussion circle. She was also an instigator of public information meetings against propaganda and war. Further, during the time that Sweden was placed on a war-footing Betty Olsson further served as a representative of Kvinnoföreningarnas beredskapskommitté (women’s associations’ military-preparedness committee) in Norrköping as well as a local representative for the government information agency set up on the initiative of Statens Informationsstyrelse (SIS, Swedish Information agency) to strengthen the “intellectual and moral resistance” of Swedes.

In the autumn of 1940, Betty Olsson’s friend Ada Nilsson, a physician and suffragette, released her book on the suffragettes and liberal women’s 25 year struggle for peace and for their civic rights. Betty Olsson wrote to her friend and thanked her, saying: “Let us believe that the world will finally turn the right way and that many more women will come to realise that all they have to do is present themselves at the barricades”.

Betty Olsson died in the spring of 1950. She is buried at Matteus cemetery in Norrköping. 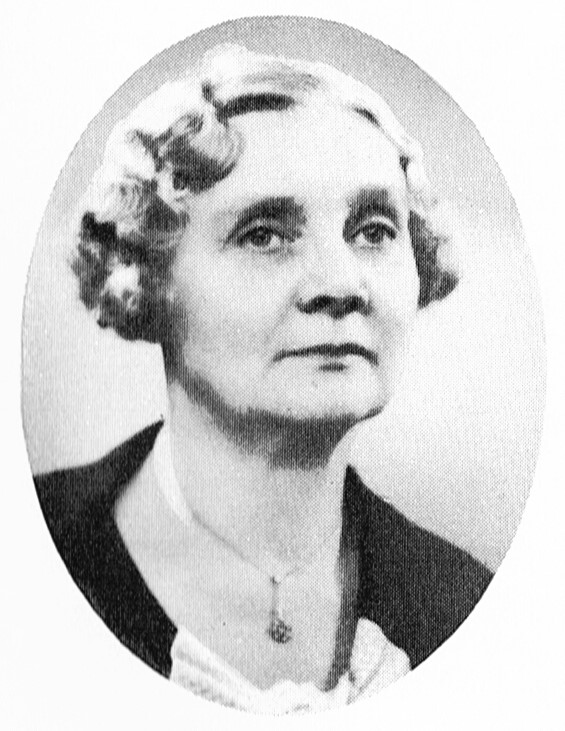