Barbro Bolonassos was a librarian who was engaged in working for people with non-Swedish linguistic and cultural backgrounds. She was active at several public libraries in the Stockholm region.

Barbro Bolonassos was born in 1949 and she grew up with her older sister Anne-Margrethe in Söderköping. Their father Karl Holger Svensson had a butcher’s shop. Their mother Sigrid Margrethe, née Steensby, was from Norway. She worked as a carer for intellectually handicapped people. Barbro Bolonassos attended grammar school, Norrköpings Högre Allmänna Läroverk, where she matriculated in 1968. After that she continued her studies at Lund University and later in Stockholm and Uppsala. She read English, history of literature, ethnology and art history. During her study period she worked as a library assistant at the Lund City Library, under the legendary children’s librarian Anna Loman among others.

Barbro Bolonassos attended the two-year librarian course at the college for library studies, Bibliotekshögskolan in Borås, where she graduated as a librarian in 1976. During her training, she met her future husband Vassilis Bolonassos and they married in 1977. In Borås, she also became an active member of the library association Bibliotek i Samhälle (BiS), which she continued to be until her death in 2019.

After some shorter appointments as librarian in Skara, Mariestad and Skövde, Barbro Bolonassos and her family moved to the Stockholm region where she worked at St Göran’s Hospital Library, Lidingö City Library, and as chief school librarian in Nacka. Barbro Bolonassos had her first experience of libraries in multilingual areas at Alby Library in Botkyrka, a suburb of Stockholm. When the family later moved to Nacka, she became the children’s librarian and head of unit at Saltsjöbaden Library in the centre of Tippen. Her greatest contribution as a librarian was as head of unit at Fisksätra Library, also situated in Nacka, during the years 1997–2014.

Barbro Bolonassos was inspired by the idea of the important role of the public library in the community at large. The starting-point for her work as a librarian was UNESCO’s public library manifesto that appeared in 1994. According to her, it contained the essential guidelines for library enterprises and activities, and attitudes to library visitors and the citizens in general. She often invoked it and quoted it in conversations and lectures.

Through a large-scale rebuilding of the library premises in Fisksätra Centre, Barbro Bolonassos created an open, light and welcoming library with an extensive programme for children and adults, during her time as head of unit, in cooperation with staff and visitors. As the library’s profile she chose “Fisksätra Library – @rena for Democracy”. The goal was for all inhabitants in the area to consider the library not only as a centre of knowledge and a place for traditional library services but also as the obvious place to get together, an arena for all kinds of meetings, programmes and exhibitions.

The need for a common identity and feeling of home was great in a residential area with inhabitants from about eighty different countries who spoke about fifty different languages and had their roots in a variety of religions and cultures. The children’s section was decorated with a work of art made by children in Fisksätra under the leadership of a couple of art students. Abraham’s children, a programme for school classes based on the story’s shared contribution to Christianity, Islam and Judaism as shown in a nativity scene, was a regular event every year. The Fisksätra pattern archive, with patterns from textiles and various objects acquired from people in the neighbourhood, also had its place in the library. The step from that to creating a museum was not long. That Barbro Bolonassos became a board member for Fisksätra museum, started on the initiative of the journalist Amelie Tham, was a matter of course. Equally a matter of course was her involvement in God’s House, a meeting place for Muslims and Christians, and the community centre Folkets hus.

She carried on extensive collaborations with individuals, municipal enterprises and various types of association. All initiatives were affirmed and projects succeeded each other. Among these may be named the Nacka language project, the Communication project and Language as Wealth (Språk som rikedom).

Fisksätra Library’s work with multilingualism and cultural diversity began to interest public libraries, researchers and students, and Barbro Bolonassos collaborated in educational schemes, courses and conferences. Through her engagement in BiS, Barbro Bolonassos participated from 1997 until 2003 in the project Library Practice for Young Learners. This was a comprehensive children-and-school libraries project, that included knowledge exchange between Swedish librarians and South African teachers and librarians in poor areas and so-called townships.

The labour immigration of the 1960s and 1970s resulted in the purchase to a greater extent of books in other languages by the public libraries. Library development and the increasing numbers of immigrants made ever greater demands. Resources were needed for adult education and the participants in courses in Swedish for immigrants as well as the libraries’ digital services. The need existed of a broader cultural range and for language support and work to promote reading for children and their parents. In this development, Barbro Bolonassos was both a practically orientated librarian and a leader of operations, and also a great source of inspiration.

Barbro Bolonassos was very interested in music and participated among other things in her Greek-born husband Vassilis’ preparations for the music presentations that he held for many years on Swedish Radio’s music programme P2, under the title Alltid på en söndag. She was also one of the initiative-takers to the Friends’ association of the Drottningholm Baroque Ensemble, and its first chairperson.

Barbro Bolonassos received several awards and prizes. She was made the Nacka resident of the year – Årets Nackabo – in 2002 and she received the prestigious Swedish recognition for her work with children – Svenska Barnboksakademins Eldsjälspris – in 2003. She was also awarded the Greta Renborg Prize by the Swedish library association (Svensk Biblioteksförening) in 2009 and a medal by Stockholm County (Stockholms Läns Bildningsförbunds förtjänsttecken) in 2014.

Barbro Bolonassos died in 2019 and is buried at the Woodland Cemetery in Stockholm. 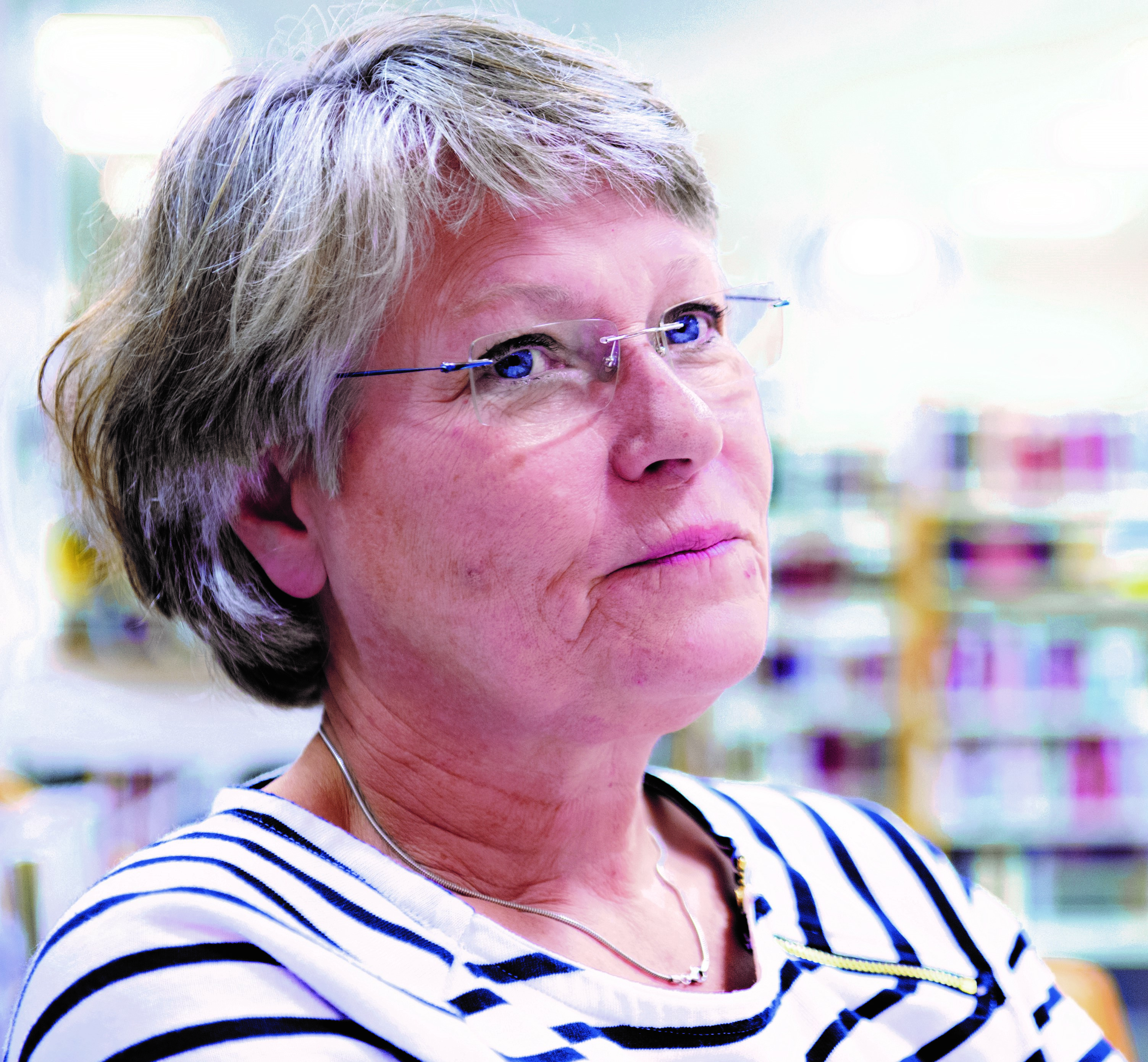