Antonie Rettig was a generous donor. Gävle museum, now known as Länsmuseum Gävleborg, was partly set up thanks to her will.

Antonie Wilhelmina Augusta Rettig was the daughter of chamberlain Thure von Eckermann and his wife, Countess Ulrika Lewenhaupt. She was born on 9 August 1864 at Edeby estate, in Ripsa parish, Södermanland. In 1872 she married Johan (John) Rettig who, upon his father’s death, became the sole owner of the family business and company called P.C. Rettig & Co. which was based in Gävle. The company comprised both ship-owning and tobacco-factory enterprises. The couple did not have any children and following John Rettig’s death in 1907 Antonie Rettig took over the running of the tobacco factory with all its 400 employees. She had presumably been involved in running the business before her husband’s death. At that time, according to contemporary newspaper articles she was Sweden’s biggest employer. Following the introduction of the national tobacco monopoly in 1915, the snuff and cigar factories were monopolised whilst the smoking tobacco and cigarette-manufacturies were closed down.

Until divestiture of the tobacco factory in 1915 Antonie Rettig alternated between two residences, one of which was the so-called Rettigska palace in Gävle and another in Stockholm. Her husband John Rettig had been a parliamentarian of the first chamber, representing Gävle town and thus the couple had spent lengthy periods living in the capital city. They had spent their summers at Villa Rettig outside of Gävle. Once the tobacco monopoly had taken over Antonie Rettig primarily spent her winters at Sturegatan 24 in Stockholm whilst her summers were spent in Sandvik. She did visit Villa Rettig every summer.

From 1910 to 1928 Antonie Rettig served as chair of Kvinnoförbundet för Sveriges sjöförsvar (women’s association for Sweden’s naval defence) in Stockholm. She was also involved in the national fundraising efforts for a coastal defence vessel which was intended for launch in 1915. In 1926 Antonie Rettig was awarded the royal Illis quorum medal. The following year she received the German commendation Die Deutsche Ehrendenkmünze des Weltkriegs.

About a year before her death Antonie Rettig composed her will, dated 6 April 1932. This document serves as the main source about her life and her work, and it is an incredibly comprehensive document which reflects her life’s efforts. The largest element of her will concerned donations of cash, buildings, and art as well as other items to Stiftelsen John och Antonie Rettigs museifonder till Gefle stad (now known as Stiftelsen Länsmuseet i Gävleborgs län, John och Antonie Rettigs museifonder till Gävle stad). The concept of a future museum seems to have been well-thought out, and was probably inspired by Wilhelmina von Hallwyl who was a member of their social circle. Further, her daughter Ebba von Eckermann had married Antonie’s brother, Wilhelm.

The future museum which Antonie Rettig helped establish not as strictly determined in terms of its contents as the Hallwylska museum, and the new museum’s collections were not methodically inventoried. It was primarily her collections of “art and applied art” that Antonie Rettig donated to the enterprise. She had a clear idea of what the future museum should be like and said that it should resemble her sister’s palace in Copenhagen, namely the Plessenska palace, which had been designed by Gotfred Tvede and constructed 1901–1906. Gävle Museum opened its doors in 1940. The building was designed by Sven Wranér and its shape was somewhat of a mix of classical and functional architecture.

Antonie Rettig’s will included major donations to various philanthropic enterprises, including for the provision of accommodation for the widows of Sandvik and Edeby, in Ripsa congregation, at Sandvik farm in Sörmland. The latter was also awarded funds in order to “the clothing of school children” from specific farms.

The connection to Gävle is apparent in Antonie Rettig’s will. Further to the funds for the future museum, it also provided for the donation of large sums of money to Axel and Lulli Rettig’s home for children, a travel stipend for “well-behaved and interested young men” from Gävle, as well as to Gefle Handtverksförening.

Antonie Rettig died in July 1933. She is buried beside her husband at Gävle Old Cemetery. 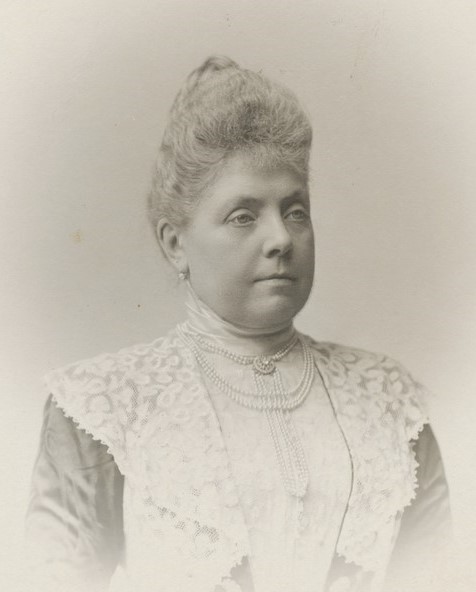