Politician, pioneer in politics of equality

Annika Baude was a female social scientist, a Social Democrat, and she was also a pioneer in terms of being an equalities politician. She set up Grupp 222 which laid concrete foundations for the equalities reforms of the 1970s.

Annika Baude was born in Bromma in 1923. Both of her parents were educated. Her mother, Karin Bergman, had a Bachelor’s degree whilst her father, Sven Rickard (Dick) Bergman, was a lawyer. Annika Baude completed her school education and then went on to higher education. She gained her licentiate in philosophy from the Grafiska institute in Stockholm and then spent ten years working in libraries.

In 1962 Annika Baud became research secretary of the Studieförbund Näringsliv och Samhälle (SNS) (enterprise and society thinktank), where she worked on the pioneering project Kvinnors liv och arbete, a Swedish-Norwegian collaborative project with Harriet Holter and Edmund Dahlström. Annika Baude wrote a study guide for the book. She, and Anna-Lisa Lagby from Arbetsmarknadens kvinnonämd (women’s agency for the labour market), travelled throughout Sweden and held conferences based on the book. When the book was re-published in 1968 Annika Baude was its editor. She asked [] (Alva Myrdal) to write a new introduction. The book and its radical gender research almost became the theme of Annika Baude’s entire work as equal opportunities and sexual equality promoter and researcher. The social subordination of women was both empirically and theoretically expressed in an enlightening manner. The labour market, the division of the sexes, the problem of combining family with paid work, day care issues, working hours, as well as attitudes – namely stagnant gender roles as obstacles – were all covered in the book and expressed Annika Baude’s interest, her suffering.

Annika Baude had, in the meantime, set up the discussion forum Group 222 at her home at Alviksvägen 222 in 1964. This was an initiative which came to play a definitive role in the concrete political sexual equality reforms of the 1970s. It was within this forum that the first thoughts on and first outlines of reforms regarding day care centres, abortion rights, individual taxation, and more, arose. She brought these thoughts along with her when she worked for Tjänstemännens Centralorganisation (TCO) (confederation of professional employees) from 1965 to 1970. Indeed these thoughts, and others, are apparent in the family life enquiry she instigated Familj och samhälle from 1970. When the results were released the proposals were viewed as utopian but nowadays most of them have been implemented, apart from time-limited reforms such as privileges for married women in adult education, the state-funded training of single mothers, or the six-hour workday and index-linked child benefits.

During these intensive years Annika Baude was a member of Alva Myrdal’s Jämlikhetsgrupp (sexual equality group) from 1969-1970. In 1970 she was headhunted by the then director general Bror Rexed to become head of department of the Socialstyrelse (board of health and welfare). As such Annika Baude became responsible for the entire radical package, including day care expansion, reform schools, foster homes and more. At the same time she was elected onto Stockholm city council as a Social Democratic representative for the building authority.

In 1979 Annika Baude joined the newly-established Arbetslivscentrum (centre for working life) where she began her life as a social scientist in earnest and largely continued it until her death on 4 December 2004. She returned to the field of Kvinnors liv och arbete. In 1987 she produced Kvinnoarbetsliv: visioner och forkning för ett bättre arbetsliv, and in 1992 she published Kvinnans plats på jobbet.

When Forum för kvinnliga forskare och kvinnoforskning (forum for female social scientists and women’s studies) was established in Stockholm in 1979 Annika Baude became one of their significant members. She not only contributed through her knowledge but also through her contacts and by setting up meetings between various researchers. It was thanks to Annika Baude that the first course on gender theory was held at the Arbetslivcentrum in 1984. This was the first course to seriously introduce and discuss the concept of gender theory.

Annika Baude’s role within Swedish feminism has not attracted particular attention. She was, however, one of the most important figureheads of the 1960s feminists, a pathbreaker, a font of ideas. Annika Baude served as a unique link between these forerunners and later feminists. That this was not understood in the 1980s and 1990s when she was actively participating in the development of the new body of women’s studies was due to her shyness and enthusiasm for the new ideas. She never let on that a lot of the seemingly ‘new’ approaches had already been thought, said, and even undertaken many years earlier. Her shyness and ability to under-estimate her self-worth was typical of women born in the 1920s and brought up during the non-feminist 1940s and 1950s.

Annika Baude died on 4 December 2004 and is buried in Bromma cemetery. 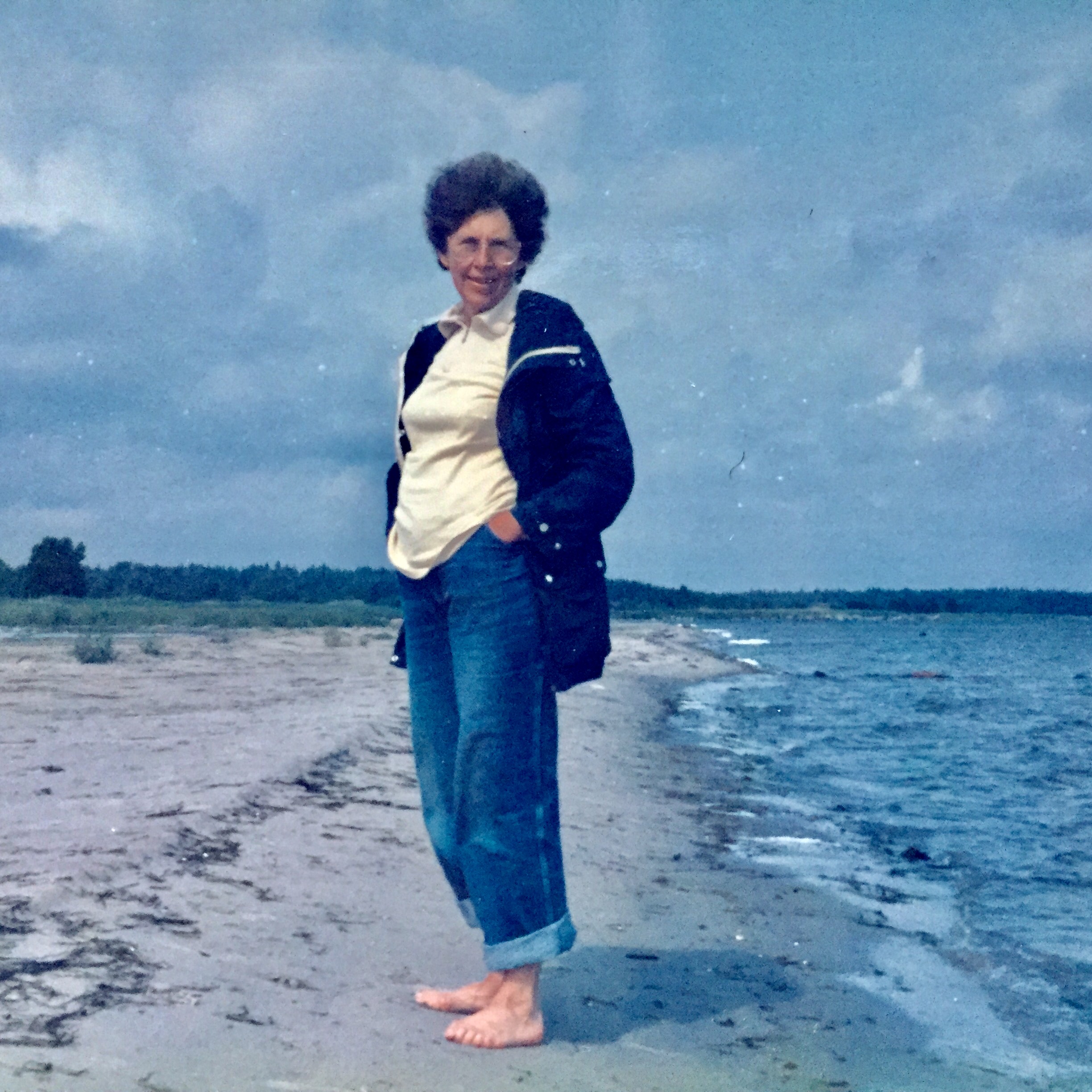