Anna Wahlenberg was one of the female authors who emerged in the 1880s and who approached the current issues of her day through social realism in her many and well-received books.

Anna Wahlenberg grew up in Kungsholmen in Stockholm. Her father had a candle factory there. She gained her education at Pauli girls’ school and the Wallin school. In 1888 she married the assistant editor-in-chief of Dagens Nyheter, Fritz Kjerrman, and they had two sons together.

Using the unassuming pseudonym of Rien (nothing), Anna Wahlenberg made her debut in 1882 with a short story collection called Teckningar i sanden. She wrote another two short story collections that decade: Hos grannas, 1887, and I hvardagslag, 1889. Her second book and first novel, released in 1886, was entitled Små själar, and dealt with subjects such as failings in women’s education and sexual double standards, whilst also promoting the message that women needed to become financially independent in order to take control of their own lives. Similarly, the novel Underliga vägar, in 1887, argued for women’s rights to work. Anna Wahlenberg also contributed to a range of papers and journals, including travelogues from London and Paris which she submitted to Dagens Nyheter in 1882.

In 1890 Anna Wahlenberg made her debut as playwright with a comedy called På vakt. This was followed by a prolific output of plays for amateurs and children as well as for professional actors. Around the turn of the century her plays were staged more frequently than Strindbergs at the Kungliga Dramatiska Teatern (the Royal Dramatic Theatre) in Stockholm. She also made a name for herself as a children’s book author. She wrote more than 200 fairy tales, several of which were dedicated to her two sons. Anna Wahlenberg thereby became one of the major representatives of children’s literature which blossomed at the turn of the twentieth century. Her first fairy tale collection, Bengts sagor om kungar och tomtar och troll och prinsessor, was published in 1895. Anna Wahlenberg was also the first person to translate and adapt Tusen och en natt (One Thousand and One Nights) into Swedish for Barnbiblioteket Saga.

Anna Wahlenberg lived in Stockholm all her life. After her husband’s death in 1896 she and her sons moved in with her sister. She largely provided for herself through her writing.

Anna Wahlenberg died in 1933 and is buried at Norra cemetery in Solna. 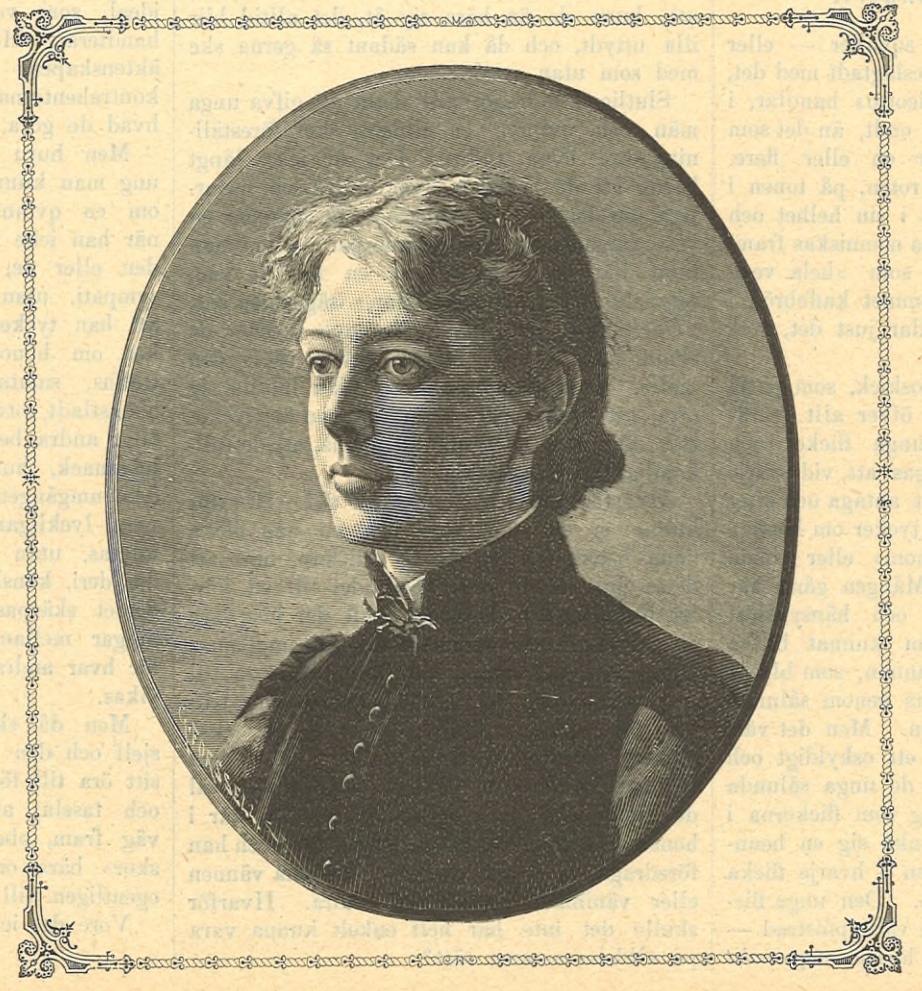