Anna Sörensen was one of the first women in Sweden to gain an appointment as head master and senior subject teacher at a state-run school.

Anna Sörensen grew up in Gothenburg. Her father was a photographer who was initially an employee but subsequently ran his own business. Anna Sörensen’s brother, who was five years her senior, became an engineer. She attended Nya Elementarläroverket för flickor (girls’ school) in Gothenburg and, having gained excellent marks in theoretical subjects, she sat her school-leaving exams as a private student at the Vänersborgs högre allmänna elementarläroverk (advanced general school) in 1894. It was after hearing a lecture given by Fridtjuv Berg, a public school teacher and later Minister of Education, that she decided to dedicate her life to public school teaching. She graduated from the Skara folkskoleseminarium (public school teacher-training programme) in 1895. Whilst working as a public school teacher she also continued her studies at Gothenburg college. In 1902 she gained her Bachelor’s degree in history, theoretical and practical philosophy, Nordic languages and aesthetics, along with literature and history of art. She added mathematics and geography to her completed courses, as well as theological ethics.

Anna Sörensen was one of the very first women to be appointed senior subject teacher and headmaster of a state-run school. She had already, in 1915, applied for the post of headmaster at Stockholms folkskoleseminarium. This post was by royal appointment and women were not eligible to apply for it at that time. Akademiskt bildade kvinnors förening (the society of academically qualified women) and its chair, Karolina Widerström, took on her cause and she became a test-case with regard to opening up these posts to female applicants.

Anna Sörensen was already – both in her role as an assistant teacher, not to mention as headmaster – making a noticeable impact within the sphere of and future developments of schooling and the teacher-training programme. Her engagement entailed many different areas: salary issues, the women’s movement, Christian faith and Christian studies, schools- and teacher-training programmes, libraries, psychology, and special needs teaching. She exhibited a significant work ethic and was called on to perform heavy-going enquiries and to serve as a board member of several organisations. As a board member of Föreningen för kvinnans politiska rösträtt (women’s suffrage society) in Falun she championed women’s suffrage and she sat on the Fredrika-Bremer-Förbundet (association) board. She was an active supporter of the public library enterprise, she was a member of the Falu school board, and she was a board member of Svenska seminarielärareföreningen (Swedish society of teacher-training instructors). She developed textbooks, produced articles and historical survey works.

Anna Sörensen’s writings straddle the crossover between religion and pedagogy. She and her colleague Maria Bergmark co-authored textbooks on Christianity during the 1910s. She took a liberal

theological standpoint and was actively involved in the 1910 church theologians’ meeting in Örebro. An intensive debate occurred there between those in favour of a more modern approach to Christian views on life and the world and those who espoused an older form of theology. Within the early 1900s' emerging tensions between a fundamentalist approach to teaching the catechism and a historically vibrant approach, Anna Sörenson was a strong supporter of the latter. She – along with Nathan Söderblom and Manfred Björkquist and others – was also engaged to speak at the tenth synod of the Swedish church in 1920, at which she championed Christian faith based on modern historical understandings. She later developed this point of view. She edited, in conjunction with Karl Nordlund and Sven Wikberg, a series of influential textbooks for both schools and teacher-training programmes entitled Arbetssättet i folkskolan, published from 1924–1929. This included writing a modern conception of Christianity for the post-1919 reformed public school curriculum. She was active in Sveriges kristliga studentrörelse (SKS) (Swedish Christian students’ movement) and a member of the board of Sigtunastiftelsen (the Sigtuna foundation).

Anna Sörensen was employed to work on several major investigations into women’s and men’s salaries within teaching and public administration during the first decades of the 1900s. Using weighty substantive arguments she championed equal pay for equal work. As a temporary member of the 1928 salary commission she expressed bitter disappointment that those on the commission were still not unified in their acceptance of equal pay. She also contributed to the development of a new statute and teaching plan for the public school teacher-training programmes at the behest of the Ministry of Education in 1913. She was the sole female representative among the training-programme experts in 1932 who laid the ground for a later reform of teacher-training reforms. She was a member of the editorial board of the pedagogical journal Skola och samhälle; she wrote the history of the public school teacher-training programme to mark its centenary in 1930; she produced the third volume of Svenska folkskolans historia; and she documented the Pedagogiska Sällskapet (pedagogical society) activities.

Anna Sörensen was an important champion of the public school as a fundamental education provider and that school should be adapted to children’s natures and their developmental needs. She campaigned for a new curriculum based on an understanding of children’s natures as determined through scientific research. She was also deeply engaged in supporting and teaching psychologically challenged children and other special-needs educational matters. She set up the first training course in Sweden for classroom assistants and was associated with the boards of several organisations within this sphere. She was one of the founders of a society, set up in 1934, which intended to create an institution which would promote psychological-pedagogical research into children’s development and teaching and she ran courses on behalf of that society, sometimes in collaboration with Nils Hänninger.

Anna Sörensen’s voice resounded with heavy authority within the public domain. However, during her early years she experienced doubt and exhaustion. Her religious stance was anchored to her personal experiences of her students’ anxiety and issues of conscience as well as her critical view of the older teacher-training culture. She describes this in her correspondence with her friend and former teacher-training programme student, Anna Cederlund, whom she also supported by helping to get her literary works published. Anna Sörensen’s colleagues at the Stockholm folkskoleseminarium included Maria Bergmark, Marie Louise Gagner, Eva Ramstedt, and Hedwig Sidner.

Anna Sörensen died in 1943. As Hanna Rydh, who attended the funeral as a representative of Fredrika-Bremer-Förbundet, affirmed, Anna Sörensen’s name will forever be associated with the history of the development of modern society. 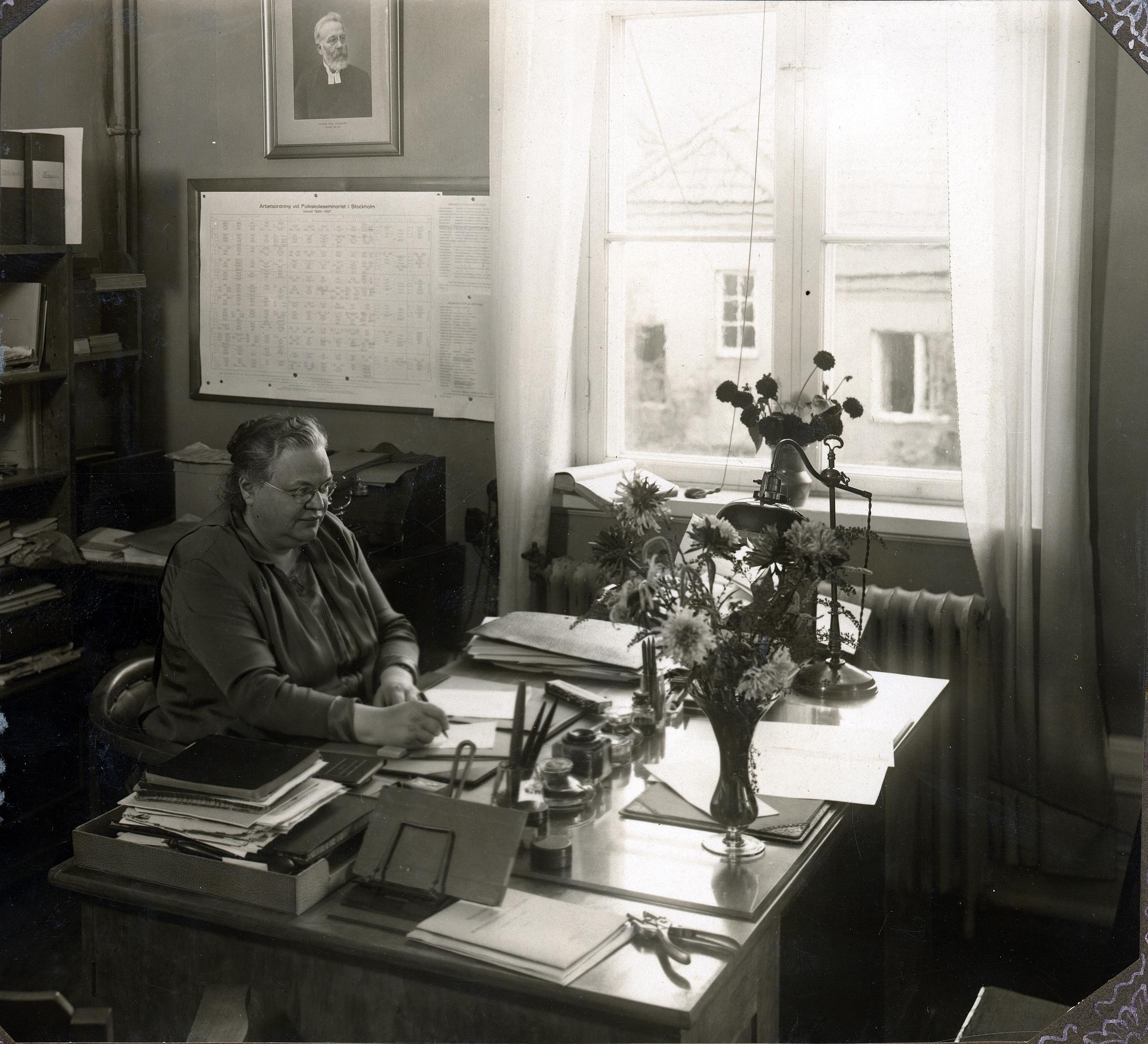