Anna Lang-Wolseley was a violinist. She was one of Sweden’s most eminent violinists and enjoyed international renown.

Anna Lang-Wolseley was born Anna Sophia Lang in Köinge parish, Halland in 1859. Her parents were Clementine Stjernstam and Christian Lang, a district court judge. She was the second oldest in a family which numbered six children. In 1863 the family moved to Mariestad, where Anna Lang-Wolseley spent the rest of her childhood. Her home was a well-to-do and musical one. From an early stage she displayed distinctive musical aptitude: she began playing piano at the age of five and a few years later she picked up the fiddle, which then became her main instrument.

When Anna Lang-Wolseley was just 13 years old it was through family connections to the cultural sphere that she came to the attention of Eduard d’Aubert, professor of violin at Kungliga Musikkonservatoriet (now Kungliga Musikhögskolan; royal college of music) in Stockholm. D’Aubert persuaded her family to allow Anna Lang-Wolseley to begin attending the conservatoire and she studied there from 1873 until 1875, at which point her family’s scepticism about letting their daughter become a professional musician dominated. It was instead felt that she should “devote herself to the home and homely occupations”. Following a lengthy break her family eventually accepted her wishes and she was able to complete her violin lessons at the conservatoire between 1877 and 1879, under the instruction of Johan Lindberg.

After a brief period of study in Copenhagen with Anton Svendsen and Valdemar Tofte, concert master at Det Kongelige Kapel, Anna Lang-Wolseley spent the four years between 1879 and 1883 in Paris furthering her violin skills with Hubert Léonard, the highly-regarded violinist and teacher. Whereas her previous teacher, who had trained with Joseph Joachim, Louis Spohr, and Ferdinand David, were grounded in the German school of violin-playing, she now trained in the more modern French-Belgian violin school. Her Paris studies were in part financed by the Beskow stipend which Anna Lang-Wolseley had received from the Royal Swedish Academy of Music. She finished her training with Léonard through a much noted performance at the famous Salle Pleyel concert hall in 1883. Her success there led to her being hired for concerts in London as well as a tour of southern England that same year.

Anna Lang-Wolseley had already performed as a soloist in Sweden during her student years there, including performances with Kungliga Hovkapellet (royal chamber orchestra) where she had played Max Bruch’s violin concerto in 1882. Nevertheless, her actual debut as a professional solo violinist occurred in 1884 when she played the first movement of Ludwig von Beethoven’s violin concerto during one of Hovkapellet’s symphonic concerts, as well as pieces by Pablo de Sarasate, Joachim Raff, and Johan Svendsen. The audience and the reviewers commended Anna Lang-Wolseley’s performance.

At this time in Sweden it was exceedingly difficult to make a living as a violinist and particularly so, if not impossible, for female violinists. Following her appearance in Stockholm Anna Lang-Wolseley returned to London, which subsequently became her place of residence and where she became a much-loved performing artist. She played solo and chamber music concerts at Covent Garden, the Royal Albert Hall, Queen’s Hall, and at Crystal Palace. She also went out on a series of tours, along with well-established international musicians such as the pianist Fanny Davies, the cellist Alfredo Piatti, the contrabass virtuoso Giovanni Bottesini, and the singers Zelia Trebelli-Bettini and Emma Albani.

Anna Lang-Wolseley married Edwyn Wolsely in 1889. He was the administrator and head of office at the African Gold Share Investment Company who was also a professionally active baritone singer. The couple had two daughters together and for a time Anna Lang-Wolseley greatly reduced the number of performances she gave. A few years later she returned to performing, even making a return visit to Sweden. Her final tour in her homeland occurred in 1897 when she and her husband and a pianist gave about a dozen concerts in various Swedish rural places. She also made a much acclaimed appearance as a soloist in Felix Mendelssohn’s violin concerto during one of Hovkapellet symphony concerts.

Anna Lang-Wolseley may not have belonged to the top echelon of virtuosi of her time but, as far as can be judged, she achieved a high level of competency in her violin-playing in international terms. She had a broad repertoire which also included some of the most demanding violin pieces, such as Bach’s Chaconne for solo violin, along with concertos by Beethoven and Mendelssohn. She did not shy away from contemporary virtuosi violin repertoires, including pieces by Paganini, Sarasate, Vieuxtemps, and even her own instructor Léonard.

Her playing was admired by her audiences as well as reviewers. Contemporary concert reviews emphasise her elegant technique and her pure intonation. The quality of her sound was criticised for being a bit weak but was simultaneously lauded for being heartfelt and warm. Sometimes adjectives such as ‘Nordic’ and ‘womanly’ were used when describing her playing style. Her interpretations of classical and contemporary works garnered a lot of respect. Her performance of Mendelssohn’s violin concerto from 1897 was believed to testify to “a high-level of artistry” in Svensk Musiktidning.

Anna Lang-Wolseley died in 1916 as a result of diabetes. 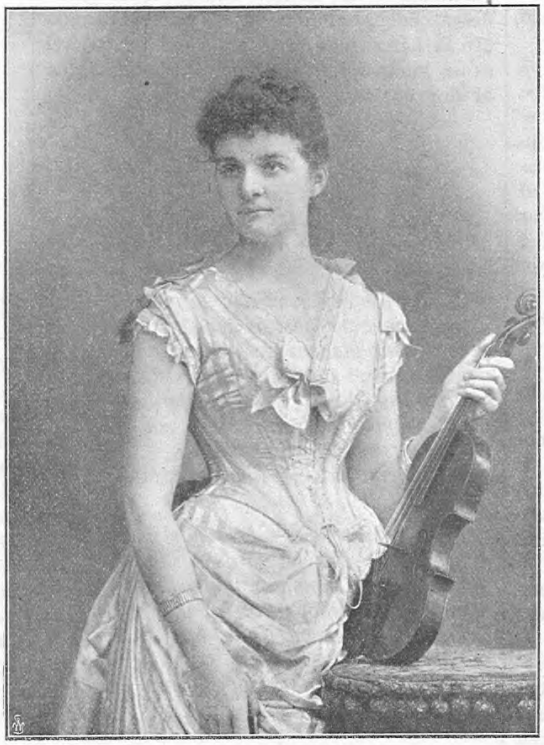