Anna Nordgren was an artist who was active around the turn of the century 1900. She lived in England for many years, becoming recognised there for her painting that depicted with great realism the poor and vulnerable and their everyday lives.

Anna Nordgren was born on 13 May 1847 in Mariestad. She came from a middle-class family. Her parents were Frans Johan Nordgren and Anna Charlotta Nordgren, née Lundahl. The family moved around a great deal during her growing-up, firstly from Mariestad to Hjo where they took over the farm Åsen from her maternal grandfather. It was a manor house with a lovely view out over Hjo and Lake Vättern. During her time in Hjo, Anna Nordgren had a governess who encouraged her to start drawing and painting. After ten years in Hjo, the family moved back to Mariestad. After a while, they moved again to the farm Sjögerås between Skara and Falköping. Anna Nordgren attended a girls’ school in Skara.

At the age of 18, she moved to Stockholm, first to study drawing at the art school Svenska Slöjdföreningens skola (now Konstfack), and then in 1867 to start at the Royal Swedish Academy of Fine Arts (a.k.a. Konstakademien). During her time at the academy, she received several awards for “insight and diligence”. In the autumn of 1874, Anna Nordgren travelled to Paris with her artist comrades Amanda Sidwall and Sophie Södergren. There she started at the Académie Julian, a school of painting of good repute and with recognised artists as teachers. It attracted many students, not least women. She also took lessons in portrait-painting for Charles Émile Auguste Durand (known as Carolus-Duran), a respected portrait-painter at that time in Paris.

Anna Nordgren lived in Paris for eight years, and after that London became her home for almost 20 years. She never let go of her contact with France and the art scene in Paris, however. In 1879–1900, for example, she exhibited regularly at the Paris salon, and visited Paris and the French countryside.

In London, Anna Nordgren enjoyed great success and received acclaim for her art. She was active in several associations in the English art world, as initiative-taker and chairwoman in the 91 Art Club for Ladies as well as one of the founders of the Women’s International Art Club. She was represented at the Royal Academy and the annual summer exhibitions during the years 1887–1899. She exhibited at all the major galleries, for example the Grosvenor Gallery, Royal Society of British Artists, Grafton Gallery, Society of Painters in Water Colour and Women’s International Art Club. She also had her own separate exhibitions and was also regularly represented outside London, as at the Royal Birmingham Society of Artists and the Walker Art Gallery in Liverpool.

In 1885–1902, Anna Nordgren showed her works at over 200 different exhibitions. Numerous artists were active in England during this period and there was competition to be seen at the major exhibitions. Her painting was met with great acclaim by the English art critics and Anna Nordgren became financially independent thanks to her painting. She was also radical, and fought for women’s rights. She was an independent person who stood for her opinions.

Anna Nordgren was a skilled and much appreciated portrait painter. She painted friends and colleagues and also worked to commission. Her portrait of Marie Bashkirtseff, who attended the Académie Julian at the same time as Anna Nordgren, is at the Musée des Beaux Arts in Nice. Marie Bashkirtseff was a Russian-Ukrainian artist who was highly estimated as an artist during her short life and also known for her diaries. They offer insights into that epoch in Paris and the social circle of artist friends of which Anna Nordgren was a member. At the National Gallery of Ireland in Dublin there is a portrait of Constance Markiewicz (née Gore-Booth) painted by Anna Nordgren. She was an artist but above all a revolutionary and active in the Irish struggle for freedom from England. Anna Nordgren met her when they were young and since she had dreams of being an artist, Anna Nordgren acted as her teacher and mentor.

Konstmuseet Ateneum in Helsinki has a portrait of the landscape painter Berndt Lindholm that Anna Nordgren painted on commission of the Finska Konstföreningen. In Sweden, Anna Nordgren is represented in the Bonnierska portrait collection with portraits of Viktor Rydberg and Carl Snoilsky. Nationalmuseum in Stockholm also owns several works by Anna Nordgren.

Anna Nordgren chose her motifs by preference in the rural areas of France, England and Ireland. At the end of the 1800s, poverty was widespread and large groups of people emigrated to America. Anna Nordgren travelled a great deal and was affected by the desperation and feeling of powerlessness that she found in the people she met. This was also something she depicted in many paintings. Even though she saw London as her home at the end of the 1800s, she did not have a fixed address. She lived most of the time in an atelier she rented at the Bolton Studios in London. She was continually out travelling, seeking settings and inspiration for her painting.

At the turn of the century, in 1900, Anna Nordgren moved back home to Sweden. Her successes and recognition in England did not automatically mean success on the Swedish art scene however. In her diary she wrote: “The first thing that has become clear to me at home here in Sweden is that I must search for an excuse for my being so very daring as to paint! I, an old woman who paints, seem to be a truly annoying creature – this is irritating for art in our country.”

Anna Nordgren was forgotten even during her lifetime and she has not been paid any attention in her home country later either. In the documentation on art history she is only mentioned in passing. She spent her final years in a small flat in Skara. She died on 10 September 1916 and was buried in Marie Cemetery in Skara. 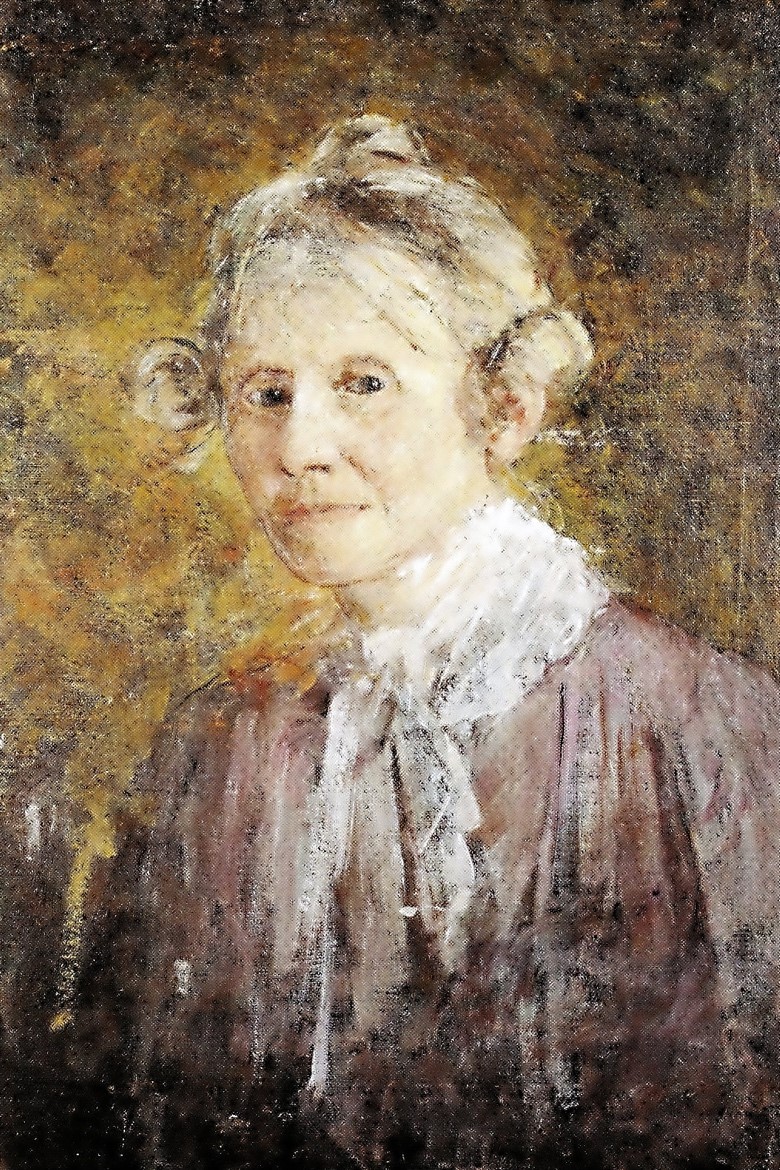