Last woman in Sweden to be executed

Anna Månsdotter is famous for her role in the Yngsjö murder in 1889. She was the last woman to be executed in Sweden. The murder and its legal repercussions have been portrayed in literature, film and in theatre.

Anna Månsdotter grew up in the countryside south of Kristianstad. When she was young she married the farmer Nils Nilsson and moved to his farm at Yngsjö. The couple had three children together, of which only their son Per Nilsson survived into adulthood. Nils Nilsson, who was at least ten years older than Anna Månsdotter, was unable to sustain the family by farming. They lived in extremely straightened conditions and things only worsened when Nils Nilsson fell ill with consumption.

Nils Nilsson died in the summer of 1883. At that time Anna Månsdotter was in her 40s and her son Per was just over 20. Mother and son lived alone for a while at the Yngsjö farm. As Per Nilsson would eventually take over the farm in the future a marriage was arranged with Hanna Johansdotter from the neighbouring village of Brösarp. She was the daughter of the chief district judge. She moved to the farm at Yngsjö and Anna Månsdotter went to live with her mother. Later it was revealed that Anna Månsdotter frequently visited the Yngsjö farm and that she and her son were involved in an intimate relationship which did not stop after he got married. Hanna Johansdotter was unhappy with the situation at Yngsjö and sought her father’s help in banning Anna Månsdotter from the farm. However, Hanna Johansdotter’s father paid no attention to his daughter’s pleas. Meanwhile, Anna Månsdotter and Per Nilsson realised that their intimate relationship might become public knowledge through Hanna Johansdotter, and thus, in March 1889, the latter was strangled to death. The ensuing trial did not clarify whether the mother and son had acted in concert or whether just one of them was guilty of the murder; nevertheless, they were both found guilty and they both confessed to the crime. The murder led to extensive legal activity and the case was heard many times. Both mother and son were condemned to death, and although both sought pardons this was only granted to the son whose punishment was commuted to lifelong imprisonment. The reason given for this was that the court decided that he had been subject to his mother’s inappropriate behaviour since he was young. Anna Måndsdotter was condemned to death.

The Yngsjö murder was not only a notorious case in its day. For many years afterwards efforts have been made to try to understand what actually happened and what motivated the events. Arne Mattsson adapted the story for a film in 1966 in which Sweden’s then leading actors played the main roles. A little more than 20 years later the TV-series called Skånska mord included the Yngsjö murder as one of its topics. Nowadays the relationship between mother and son would be viewed as incest. As such it has captured the imagination of many authors, playwrights, and musicians. Gustaf af Geijerstam’s 1902 book Nils Tufvesson och hans moder is well-known as is Hanna Olsson’s 1984 book which inspired the Östgöta theatre’s production of Yngsjömordet in 1986. Anna Månsdotter’s lifestory has been turned into an opera and in the 1990s a theatrical production played to full audiences in Yngsjö itself.

Anna Månsdotter was executed on 7 August 1890 in Kristianstad. She was the last woman to suffer capital punishment in Sweden. 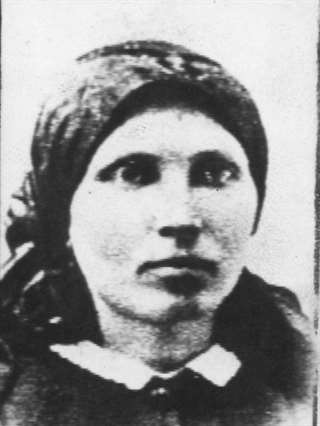