Anna-Lisa Öst – known as ‘Lapp-Lisa’ – was a much-loved nonconformist ballad singer who tends to be associated with the song Barnatro. Her parents were of Sami origin. Anna-Lisa Öst's fame extended far beyond the Swedish borders.

Anna-Lisa Öst was born in 1889. She was the youngest of six siblings, growing up in the village of Mark, northwest of Vilhelmina. Her father, Olof Jönsson Vikström, was a pioneer and a crown tenant of a small croft where the family subsisted in extremely straightened circumstances. They lived far away from the nearest community, and the children’s schooling was limited to a few weeks’ attendance at a mobile school unit. Her mother Tekla Salomonsson, who was known as ‘Spel-Tekla’, was a musician. She served as the village ‘bell-ringer’ for the Sunday services which were held at one of the five farms in the village. She led the singing, sang hymns, and ‘läsarsånger’ (a type of spiritual revivalist form of song) accompanied by a ‘spelstock’, which was a psalmodicon used during services held in people’s homes.

Anna-Lisa Öst was a ballad singer and played guitar. She herself has recounted how she found salvation as a teenager on her way home from a barndance. She came to the Salvation Army’s school in Stockholm in 1911. Despite her quite rudimentary childhood schooling she successfully completed her Salvation Army training and was posted in Tierp. Following a few postings, and now a lieutenant, she was sent to the Salvation Army corps in Hedemora. There she met the great love of her life, fellow Salvation Army soldier and rural postman Johan ‘Jonte’ Öst. They got married in 1924 and, according to Salvation Army regulations, she was then required to resign as an officer. The couple had a daughter named Siv who would later often sing duets with her mother.

Although Anna-Lisa Öst had been forced to give up her work within the Salvation Army she still viewed the organisation as her spiritual home. She has explained that this sense of belonging was not a little dependent on the music. As an officer of the Salvation Army she made great use of her singing voice and began to recount her memories from Lappland and sing the songs her mother had sung, bringing her a lot of attention. By appearing in Sami costume, she reconnected to her parents' origins. Thus Anna-Lisa Öst became known by the Swedish public as ‘Lapp-Lisa’ due to the name and images of her wearing Sami folk dress that were used to advertise in posters and record covers. Over the course of the years she wore out nearly 30 outfits.

Anna-Lisa Öst – using the name of ‘Lapp-Lisa’ – continued her missionary work through song. She attended a great number of meetings and assemblies and quickly became well-known and popular. Her singing took her many places, not just within Scandinavia but also to Swedes who had emigrated and now lived in the USA. The first time she visited the USA she performed to an audience tens of thousands strong in 1949 and, upon her return to Sweden, an outdoor gathering was organised in Gothenburg at which the audience attendance was estimated at around 25,000 people. Anna-Lisa Öst and her daughter Siv travelled to the USA in 1954 for what became a triumphant visit across the Swedish settlements. Her third journey to USA, in 1959, lasted almost two months and crossed 17 of the American states.

Anna-Lisa Öst also performed in a non-religious context and realised that, despite some criticism, this served as a good arena within which she could promulgate an important message. Her first recording was released in 1931 on the Tal och ton label, launched by Svenska Journalen. That record label folded in 1934 and for the next almost 20 years she recorded on the Sonora-owned Sonata label and the special Lapp-Lisa record label. Later she worked with Cupol. Despite the fact that Anna-Lisa Öst made her recording debut at the age of 42 she still managed to record a large number of tracks and was Sonora’s most successful artist in terms of spiritual music. In total she made around 450 gramophone recordings as well as a lot of radio and TV appearances, such as the Lennart Hyland programme Hylands hörna in 1970. This programme included a public vote in which she was ranked amongst the 20 most popular individuals throughout Sweden.

Anna-Lisa Öst sang in an unaffected straightforward manner exuding a warm and joyful godliness. Her repertoire extended to nearly 800 ballads and songs, many of which had their roots in the revivalist- and temperance movements of the 1800s. Her most popular songs included Guldgrävarsången, Drinkarflickans död, and Lappflickan. The latter was a tune which was also tied to the original ‘Lapp-Lisa’, namely Lisa Thomasson who had popularised the tune about 20 years earlier. Anna-Lisa Öst never hid the fact that there had been a previous ‘Lapp-Lisa’.

The song Barnatro made Anna-Lisa Öst famous across two continents and she sold more than 100,000 copies of the four recordings she made of that song. She had purchased Barnatro in 1937 for the cost of 75 Swedish kroner from the composer and lyric-writer Ejnar Westling. He was a former Salvation Army musician who later wrote a lot of songs for the popular music industry. He also wrote spiritual songs under the pseudonym of Gunnar Dahl.

Anna-Lisa Öst also performed the song in a short of the same name which was shown at the cinema before the main feature Åsa-Nisse. The film was produced by the notorious Johnny Bode who was considered to be an amoral liar. He also wrote three new songs for the film, all of which were sung by ‘Lapp-Lisa’. She received a lot of criticism for working with Johnny Bode, particularly from Rune Moberg, the main editor of the illustrated magazine Se, which she brushed off by stating that she did not have a bad word to say about Johnny Bode. The combination of ‘Lapp-Lisa’ and Åsa-Nisse proved to be an unexpected public success attracting record numbers of cinema-goers to cinemas across Sweden.

Anna-Lisa Öst published several memoires: Lapp-Lisa berättar om sitt liv in 1950, Med Barnatro genom världen in 1958, and Barnatro in 1967. She never forgot her roots and heritage and has become strongly linked to the church town of Fatmomakke (Faepmie) in Vilhelmina municipality. She funded the Salvation Army prayer goahti (Sami hut) which she had erected there in 1946 and donated to the village.

Anna-Lisa Öst died in Hedemora in 1974. She is buried there at Norra kyrkogården (The Northern Cemetery). There is a statue of Anna-Lisa Öst in Vilhelmina. 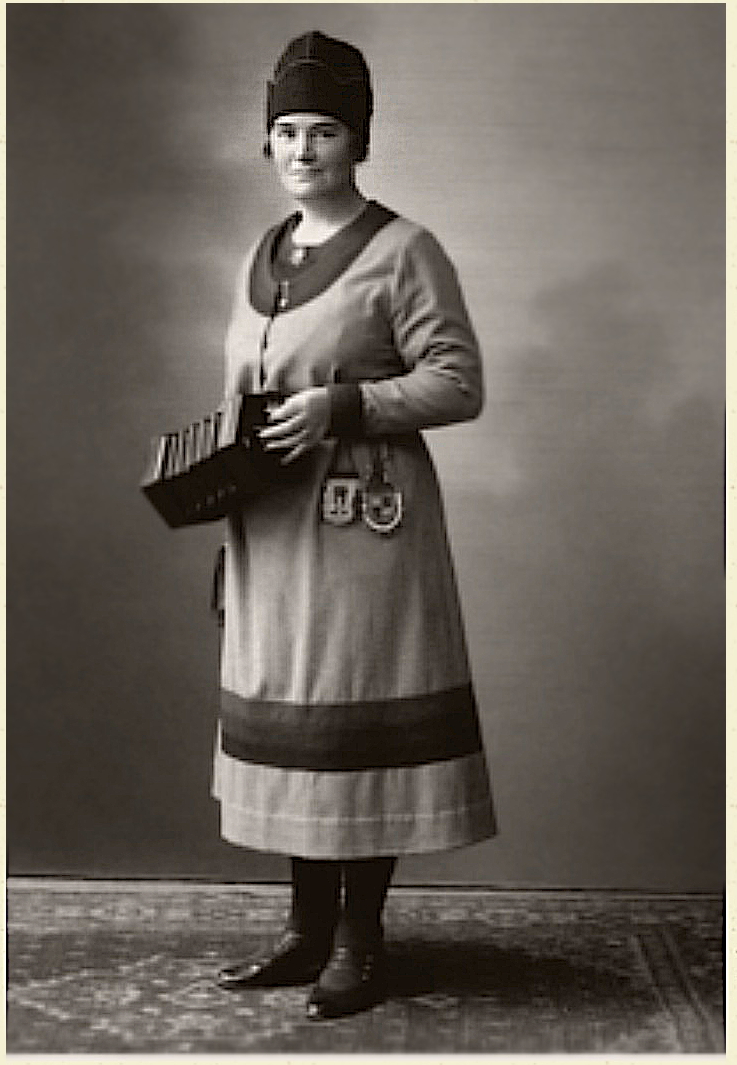