Anna-Lisa Annell was a children’s and young people’s psychiatrist and a professor of child psychiatry. By being a strong-willed visionary and pioneer, in Sweden and also internationally, she contributed to the attainment by child and youth psychiatry of an independent status in relation to adult psychiatry.

Anna-Lisa Annell was born in 1906 on Skeppsta Estate in Husby-Oppunda parish near Nyköping. The middle-sized estate had been purchased by her father John Annell a couple of years previously when he left his post as teacher of classical languages at the grammar school Östra Real in Stockholm. As a landowner, he continued socialising with bishops, other landowners and the cultural élite. Their home was characterised by an intellectual and literary atmosphere. Her father was a benign despot in their home but also stood up for the weak with a pathos for the right-mindedness he considered correct. Thus he gave economic support to several of the estate’s children of poor agricultural labourers so that they could acquire an education. As a liberal, he combatted Nazism frenetically. In the end, Anna-Lisa Annell was not able to tolerate her fanatical father any longer but broke off all contact with him.

Anna-Lisa Annell was a middle child in the sibling group of seven. She was plucky, inventive, persistent and keen to show that she could do anything her brothers could. Anna-Lisa Annell was certainly influenced by her parents’ socialising with the Fogelstad group, whose magazine Tidevarvet was a given in their home, and whose members visited the family at Skeppsta. To the annoyance of many, her father gave his support economically, practically and through the exchange of ideas to the group. Anna-Lisa Annell described the group member and gynaecologist Ada Nilsson as a chatterbox. The rather gruff and inflexible Elin Wägner was the one who most often visited the estate and she corresponded for many years with both their father and their mother Anna, née Lind. Anna-Lisa Annell was most impressed by Alfhild Tamm, who was Sweden’s first woman psychiatrist and who introduced psychoanalysis to the country.

After being taught by a governess on the estate, Anna-Lisa Annell attended a girls’ school in Nyköping and soon made a name for herself as best in her class. In 1922, she travelled to Stockholm and started senior high school at Whitlockska coeducational school. There she matriculated in 1924. In September the same year she was accepted at the Karolinska Institutet where she qualified as a doctor and medical licentiate in 1933. She had least of all considered dedicating herself to child psychiatry, but several temporary posts at the large mental hospitals in Västervik and Visby were to change her mind. The adult patients’ anxiety about their children was to awaken her interest for children with mental handicaps and other problems.

In 1933 she married Evert Bergstad, a county medical officer who died in 1954. In their happy marriage that was childless according to their planning, they both put up with living in different towns during the working week, he in Hofors and she in Uppsala. In Uppsala, Anna-Lisa Annell started work in 1937 at Ulleråker Hospital, and from 1947 she was to be employed at Akademiska Sjukhuset for the rest of her professional life. In 1953, she took her doctorate with a thesis on behaviour disorders in children as a consequence of whooping cough. Her thesis was eventually to be decisive for the introduction of vaccination against whooping cough.

During the 1940s, Anna-Lisa Annell was the medical counsellor at the National Swedish Board of Health. She was also the divisional director of the mental health office and as such the inspector of the country’s mental healthcare and psychiatric childcare. She was responsible for the development of the latter. As a clinician, she was considered an outstanding organic specialist and diagnostician. Thanks to her research, it was possible to investigate cerebrolesional conditions. This development has continued, and currently is focused on such conditions as ADHD, autism and Asperger’s syndrome. Anna-Lisa Annell introduced amphetamine derivates into the treatment to increase alertness and concentration, but never forgot the need of pedagogical contributions.

From the mid-1940s, she taught child psychiatry to medical students. In 1958 she published the first textbook in child psychiatry in a Nordic language: Elementär barnpsykiatri. After a good deal of political squabbling, a professorship in child psychiatry that went to Anna-Lisa Annell was established in 1963 at Uppsala University. At the same time, she was made consultant for the child and youth psychiatric clinic at Akademiska Sjukhuset.

Although Anna-Lisa Annell met and communicated often with the foremost international child psychiatrists of the time, she never in her own working life practised psychodynamic psychotherapy but left that to those who were better qualified for it. She saw her own limitations. She did however get engaged in children’s and women’s issues internationally. In Sweden, she participated actively as a lecturer and on panels in the women physicians’ association (Kvinnliga Läkares Kommitté) and on the women’s organisations’ committee for international questions.

When it came to the question of treatment methods, she renewed child psychiatry through her eclectic openness to an interdisciplinary view including medical-somatic, psychological, pedagogical and social measures. With great precision, she launched electro-convulsive treatment, lithium therapy, and barbiturate cures in the 1940s, and the new, modern neuroleptics against psychoses and tricyclics against depressions in the 1950s.

Anna-Lisa Annell was almost first in several ways. She belonged to Sweden’s next-oldest clergyman family with clergymen in every generation. She was almost the first professor of child psychiatry in the country. She was the second woman senior lecturer and the second woman professor at Uppsala University through the ages. However, she was the first woman physician to take her doctorate in Uppsala and the first woman professor at the teaching hospital there. She was also the first to pay attention to and do research into many new problem areas in child psychiatry as well as to initiate a great number of the most important treatment methods in child psychiatry. After having been plagued in her old age by cataracts that were difficult to treat, Anna-Lisa Annell died in 1981 in her home in Uppsala as ”the grand old lady of Swedish child psychiatry”. She rests in Uppsala Old Cemetery. 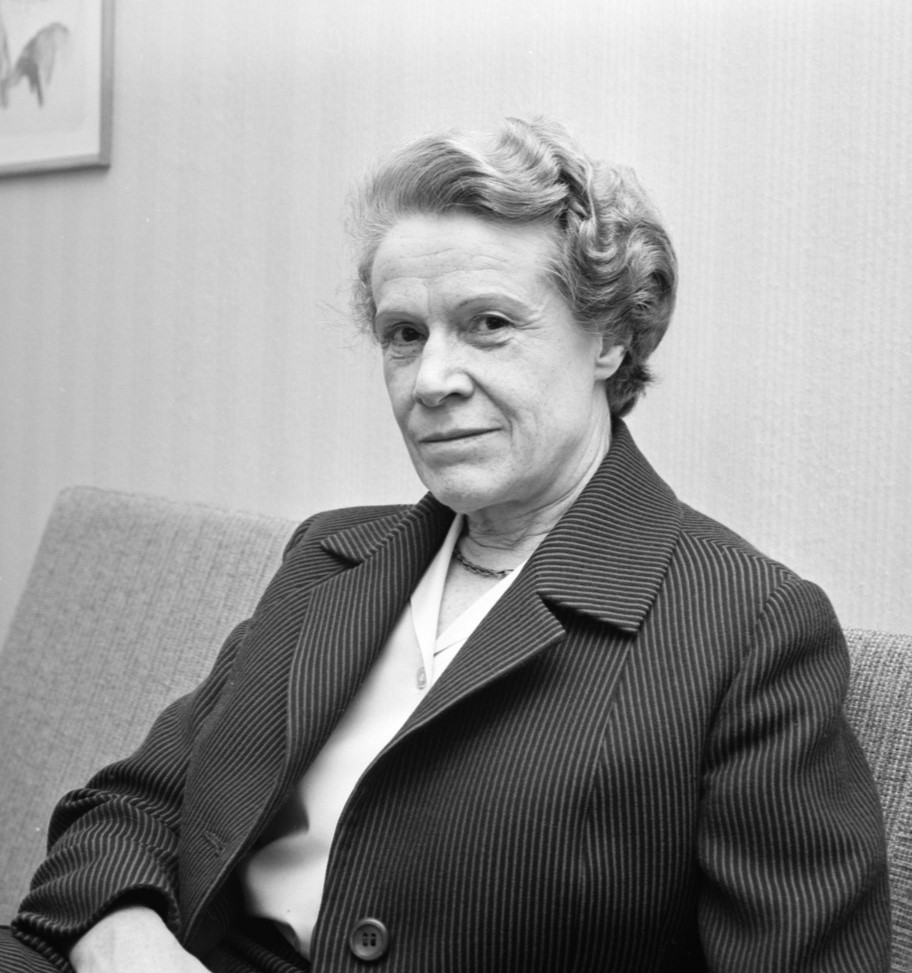