Ester Middelsten taught at the teacher training college for elementary schoolmistresses (Folkskollärarinneseminariet) in Umeå and was an active and well known temperance activist.

Ester Middelsten was born in 1875 in Borrby in Österlen, southern Sweden. She was the fourth child of six born to Sven Mårtensson, a farmer, and his wife Hanna Månsdotter. Sven Mårtensson was politically, socially and societally engaged, not least in school issues. Three of the siblings died relatively young. The other three changed their surname after the turn of the century to Middelsten.

Ester Middelsten had a thorough education. After an introductory year at Ystad elementary school for girls, she moved to Stockholm where she completed her schooling in 1896 at the Lyceum for girls. The same autumn, she was accepted at Lund University where she took her B.A. Degree in December 1898 with Romance languages as her main subject. The degree also included theoretical philosophy and aesthetics with literature history and art history. Ester Middelsten broadened her education with practical philosophy and Germanic languages before moving in 1899 to Stockholm to teach at the Palmgrenska school. In 1902 she complemented her education further with Nordic languages and history. Thereafter, she attended a trial year with courses in the subjects mother tongue, geography, history and teaching methods at the teacher training college for elementary schoolmistresses (Folkskollärarinneseminariet) in Stockholm. It had been compulsory since 1865 to complete a so-called trial year to gain a qualification for teaching at institutions for higher education. There were still few women who made use of this opportunity but Ester Middelsten worked for a year as a teacher at the women’s teacher training college in Landskrona and after that passed her examination in botany. This focus on natural sciences was followed up three years later by a sojourn at the science academy’s zoological station in Kristineberg.

In the spring term of 1905, she was appointed to a post as lecturer in Swedish, natural history, pedagogy and methodology at the teacher training college for elementary schoolmistresses in Umeå where she remained until her retirement. As the only woman lecturer, she had natural history as one of her teaching subjects, which included sexual hygiene. Like her colleague Siri Öhngren Hallström later on, she was particularly engaged in this subject. At the Nordic school meeting in 1910, the issue of sex education in schools was debated, and Ester Middelsten declared that sexual hygiene already existed on the school timetable at the training college in Umeå. In these classes, the book Kvinnohygien by the physician Karolina Widerström was used among other materials.

Ester Middelsten was a librarian for one year for the library established by her predecessor Ester Eurén at the training college. She may have been given this assignment thanks to her experience from the Umeå congregational library’s board of which she was a member in 1906–1912.

Ester Middelsten applied for and was awarded a number of scholarships for study trips. One of these journeys went to Holland where she visited the pedagogue Jan Ligthart who was also well known in Sweden. He had been in Sweden in 1910 and the same year, several of his pedagogical writings appeared in Swedish translation. What attracted Ester Middelsten in his pedagogy can be understood against the background of her involvement in the schooling of children with learning difficulties. Jan Ligthart wanted namely to tone down learning by rote in favour of children’s learning though their own activity.

As a representative of the elementary school board and as the secretary on its teaching committee, she introduced the issue there of a so-called help class. Her colleague Anna Grönfeldt writes in her obituary on Ester Middelsten: “There she struggled – though in vain – for help class teaching”. It was first in the 1920s that Anna Sörensen, the principal of the teacher training college for elementary schoolmistresses in Stockholm, established the first help class.

Ester Middelsten was active in associations and focused on the so topical temperance issue from the beginning of the 1900s. In Umeå, a local branch of the women’s temperance organisation Vita Bandet had been started in 1905. Ester Middelsten was its chairwoman from 1911. However, Vita Bandet was not the only context in which she acted on the temperance issue. One year she was also the secretary of the Umeå temperance workers’ central congregation, attended a temperance teaching course, participated diligently in meetings to create opinion, signed protest lists against alcohol, and lectured on the temperance question. Despite the defeat in the prohibition referendum in 1922, when however 80% of the voters in the province of Västerbotten voted for prohibition, she did not give up. Ester Middelsten represented Vita Bandet in the Västerbotten prohibition association and was elected to the board.

Considerably further on in life, she and her temperance comrades Emilie Rathou, and the author Frida Stéenhoff, the founder of Vita Bandet, were engaged in the Committee for healthy entertainment, with its links to the temperance issue. Ester Middelsten’s political engagement led her to the suffrage association and during the first world war she was a member of the umbrella organisation called Kvinnornas Uppbåd (the Women’s call-up). This engagement says however nothing about her political sympathies. It was a cooperative organisation started at the outbreak of war in 1914 that aimed to gather women together for practical societal contributions during the war years and to help with being prepared for war. She was a member not only of the elementary school board as has been mentioned above and the dispenser board, but also of the Västerbotten southern electoral association’s board, its working committee and in the association’s southern county committee. 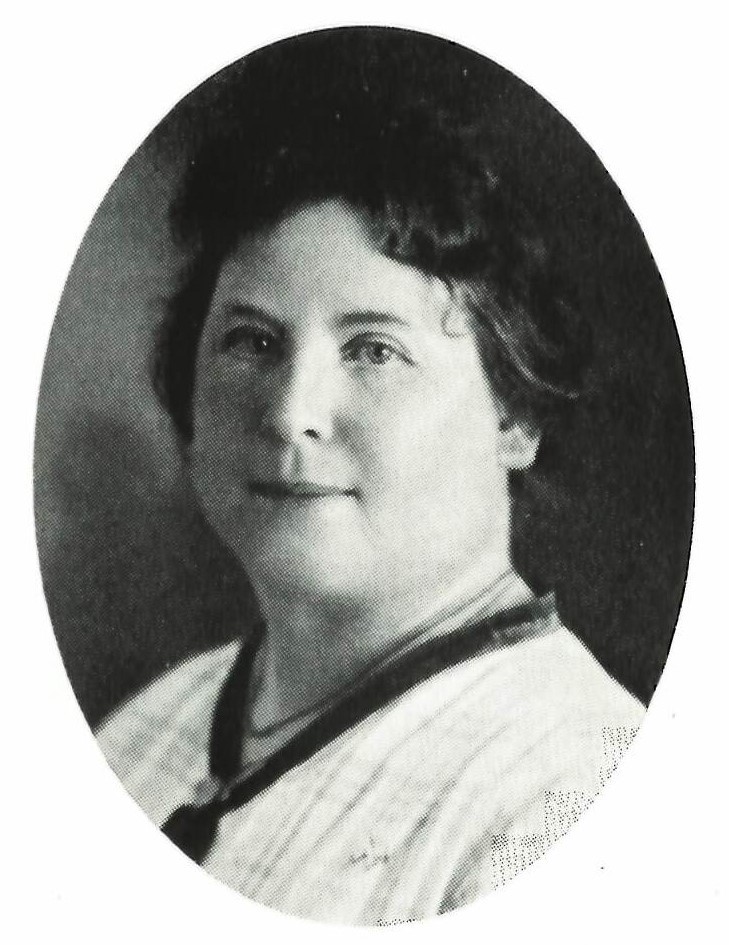