Anna Hamilton Geete was a translator who introduced mainly American authors to Swedish audiences. She was also a writer whose work on her maternal grandfather, Erik Gustaf Geijer, and his era, entitled I solnedgången, garnered a very favourable response.

Anna Hamilton Geete was born on 2 March 1848. She grew up at Kinnekulle on the family estate called Blomberg. Her parents were Adolf Hamilton and Agnes, née Geijer. Her maternal grandfather, the author Erik Gustaf Geijer, died the year before she was born but nevertheless came to hold great significance for her. Anna Hamilton Geete was the eldest child in a family of eight, of which six survived into adulthood. Her younger brother, Hugo, became a well-known politician and writer of nonsense poetry.

Anna Hamilton Geete’s childhood gave her exposure to literature, art, and music. Her education was varyingly delivered by German, British, and French governesses and she had access to several libraries – including the library at her paternal grandparents’ estate of Hönsäter. In his memoires Hågkomster, published in 1928, her brother Hugo described his sister, who was one year his senior, thus: “I don’t know when she learned Swedish but she could already read English fluently at the age of five, German by the age of seven, and before she was ten she could read French.” Anna Hamilton Geete’s own descriptions of her childhood reading firstly reference the English-language classics – “a complete, noble, old-fashioned, charming world which I delved into unaware that this was what one called literature” – followed by German-language book collections, primarily Goethe “whom I imbibed like water between the ages of 10 and 14”. In her home it was the norm to read aloud, particularly the works of Dickens as his books were available from Swedish bookshops. The landscape and cultural milieu of her childhood came to characterise the rest of her life.

Anna Hamilton Geete spent a year living at a German boarding house but apart from that visit and a couple of further trips to Germany as a child she never left Sweden. Her great skills in English were obtained through her extensive reading and thanks to the time she spent living with the British Nonnen family on the neighbouring Degeberga estate. They lived “a British life with British customs and habits”, according to the author Helena Nyblom, a friend of Anna Hamilton Geete’s since her youth, who produced an account of her life for Idun magazine in 1898. Helena Nyblom believed that it was at this point that the English language became Anna Hamilton Geete’s second mother tongue: “Few, perhaps none, in Sweden have, thus such ease in and a nuanced understanding when rendering English-language authors into Swedish”.

When Anna Hamilton Geete was fifteen years old the family moved to Uppsala following her father’s appointment as governor there. Uppsala Castle became the family home for the ensuing decade and it formed the fulcrum of a busy social life in which Anna Hamilton Geete tirelessly came up with frolics and reasons for parties.

During the 1873–1874 period she took painting lessons from Egon Lundgren in Stockholm, as well as from others. However, she was not convinced of her own talent and soon abandoned ideas of becoming an artist. Literature and translation then became the most important element in her life. This began in Uppsala where she would sit in a room that resembled a nun’s cell right at the top of the castle, with a deep window recess providing views out across the countryside. Her first translated publication dated from 1869 and was the work of the American author Bret Harte, published in Sweden as Kaliforniska skisser. She had discovered Harte thanks to Dickens’ reference to him as a promising author.

“I succeeded, with great difficulty, in obtaining a copy of his first published collected works and began, completely enthralled by the new and idiosyncratic use of style and content, fearlessly to translate them – experiencing unbelievable difficulty given the extent of American slang used – now familiar to all but at that time completely alien – and the book overflowed with terms and words which just could not be found in any dictionary. The unexpected happened with this translation in that a second edition was very rapidly required,” as Anna Hamilton Geete later recounted in a compilation of her translations.

Anna Hamilton Geete was engaged to Gustaf Geete, a medical student, for nearly a decade before the couple married in 1876. Her husband was a provincial doctor and was thus sent first to Delsbo, then Skellefteå, then Hjo, and finally, from 1893 onwards, to Borås. These environments did not present opportunities for intellectual discourse or musical encounters. The Geetes’ marriage was a happy one and although the couple never had children of their own they did have a foster daughter who died at the age of 30 in 1900.

Anna Hamilton Geete increasingly found it difficult to tolerate the isolation of being in remote country locations. She suffered bouts of depression and possibly paranoia and could not cope with standing out from her surrounding milieu and becoming the subject of gossip. She described this spiritual exile in a letter written to Helena Nyblom, dated Skellefteå 1881: “up here you must learn to be ‘as Jewish as a Jew and as Greek as a Greek’, or in pure Swedish to howl with the wolves albeit more tunelessly or otherwise risk being considered conceited and stuck-up”. Helena Nyblom confirmed that even though her friend embodied all the requirements to be the centre of a cultural salon, instead she experienced deep loneliness during her life.

Although Anna Hamilton Geete had harboured ambitions to write when she was younger she had to prioritise her translation work. She also found it difficult to persuade publishing houses to accept her proposals for books for translation:

“Much of the best work that I would have liked to translate never did get translated and it was down to the publishers and not me – mine has always been a sole voice crying out in a desert but with the misfortune of crying out too early, ie ahead of this blessed country being able to realise that these authors even exist as I am desperate to show them. ‘Unsuitable for the Swedish public!’ is the usual refrain which meets my proposals to publishers.”

Rudyard Kipling and George Eliot were two of the authors whose books she in vain sought to interest publishers in having translated. A few years later other publishers did indeed release translations whilst she was left to work on books for which she had little esteem. She considered her most important contribution to have been introducing Sweden to the work of authors such as Mark Twain, Bret Harte, Max Adeler, and Thomas Aldrich and she notes Mark Twain’s Personal recollections of Joan of Arc by the Sieur Louis de Conte and Mrs Humphry Ward’s David Grieve as two of her favourite works. Both translations were heavily edited, as required by the publishers, including abridgments (David Grieve) and additions (Mark Twain’s book on Joan of Arc was published as a “youth book” and thus, according to the translator, bypassed most of the Swedish public).

During the final years of her life Anna Hamilton Geete had great success with her biography entitled I solnedgången: Minnen och bilder från Erik Gustaf Geijers senaste lefnadsår, 1910–1914. This grew to comprise four volumes, the last of which was posthumously edited and published. The volumes were printed in great numbers and merited a prize from the Swedish Academy. Olof Lagercrantz expressed the succeeding generation’s opinion like this: “Her life’s work on Geijer’s final years is marked by a fresh narrative style and she is both clever and resourceful in recounting the more peripheral elements of the tale. However, as soon as she approaches Geijer himself in her account she adopts a slavishly devoted tone”.

“One can reasonably claim that this romanticised and for its time incredibly popular work … actually reveals more about the women who surrounded Geijer than it does about Geijer himself. Anna-Lisa and Agnes [his wife and daughter] are constantly in the foreground along with a series of other intellectually talented women, including Malla Silfverstolpe, Fredrika Bremer, Jenny Lind, the soulful poet Thekla Knös, the liberal British woman of the world Frances von Kock, and the brilliantly philosophical Betty Löwenhjelm … much is made of women’s struggles for education, their musical ambitions, their emergence as authors, musicians, actresses or singers, not necessarily within the public sphere but rather within the social sphere.”

When the better-read Agnes von Krusenstjerna eventually made her debut as a novelist in 1917 she was officially presented to the public as the niece of the well-known author Anna Hamilton Geete.

In 1950 Holger Nyblom published a selection of the correspondence between Anna Hamilton Geete and her friend Helena Nyblom, entitled Två väninnor. The letters deal with everyday subjects, family members, and acquaintances, but also refer to the correspondents’ reading material and their thoughts on life’s various stages and they extend across a forty-year period. Klara Johanson, another of Anna Hamilton Geete’s correspondents, was said to have kept a sizable collections of letters from her, described as “elaborate, quick-witted, spiritual, and sometimes emotional, definitely material worth printing”.

Anna Hamilton Geete died on 24 February 1913 in Borås. She is buried at Saint Birgitta cemetery in Borås. 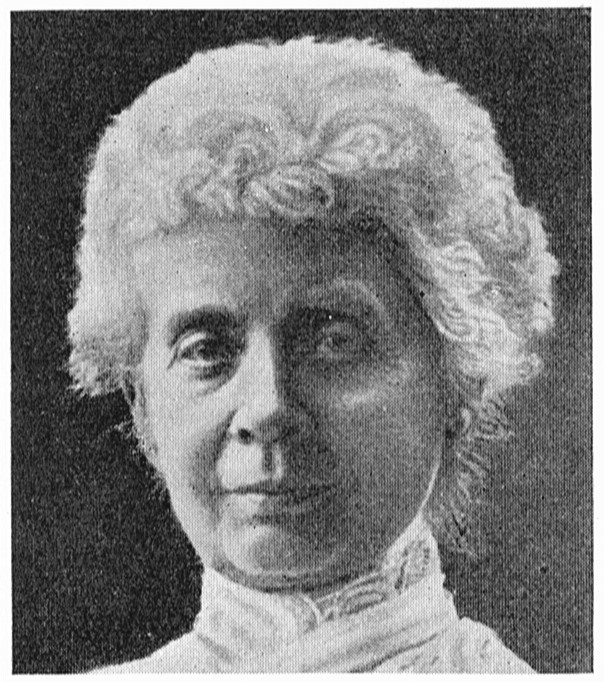