Amanda Hammarlund was a teacher who was also one of the founders of Barnbiblioteket Saga (Saga children’s library).

Amanda Hammarlund was born in 1854. She was the daughter of Eva Eleonor Ekman and Carl Magnus Nilsson, a public school teacher and an organist. She followed in her father’s footsteps and trained as a school teacher. In 1886 she married Emil Hammarlund, who was also a school teacher. He had been publishing Svensk Läraretidning through an eponymous publishing house since 1882. The marriage became the start of the couple’s combined efforts on behalf of books for children; both of them sought to offer something more than the tough conditions which often coloured children’s everyday lives at that time. They quickly came up with the idea of producing a Christmas magazine and the first edition of Jultomten was published in 1891. It was mainly distributed to children by teachers. Eight years later the Svensk Läraretidnings Förlag (Swedish teachers’ magazine publishing house) was ready to set up Barnbiblioteket Saga, which ran until 1954. Both of these publishing endeavours were demanding, not least in terms of convincing authors and artists to contribute.

Amanda Hammarlund was resolute and convinced well-known authors as well as artists – such as Helena Nyblom and Carl Larsson, for example – to publish stories and illustrations. This was most likely facilitated by the fact that she ensured they were very well paid for their contributions. In other regards she has been described as very frugal. A different kind of contradiction can be found in her relationship with children. She and her husband remained childless and although she, according to Signe Wranér, “did not fully understand living children, she knew exactly what they wanted”.

The important element of distributing children’s literature was the involvement of teachers. Books by Barnbiblioteket Saga were released in instalments, which meant that they could be classified as magazines and thus be sent out by the post-office. Initially the publications mainly concerned classics such as The Iliad, which was published under the title of Trojanska kriget (The Trojan War), Robinson Crusoe, and adventure stories the likes of Jorden runt på 80 dagar (Around the world in 80 days) and Gullivers resor (Gulliver’s Travels), as well as fairy tales such as the Grimm brothers’ tales, all of which had been adapted for children. This was followed by stories from across the world, including ancient folk tales as well as newly-written folk stories from Sweden, collections of plays, and several classical adventure stories. Everything was reworked by the editors as the printed format required abridgements.

Amanda Hammarlund died in Stockholm in 1935. 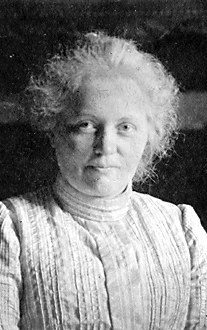