Alva Nordberg earned her living by accommodating foster children. During the first decade of the 1900s, she was reported as exposing some children to neglect thus causing their deaths. Her activities and those of other poor women led to attention being paid to the hard conditions under which such women and their foster children lived.

Alva Nordberg was born in Gävle in 1876, the daughter of Emma Lovisa Ödling, née Holmberg, and Jonas Ödling, a seaman. The family moved to Stockholm in 1890. A little brother to 14-year-old Alva Ödling had just been born, and the family also had a foster child, a little girl. The boy died later the same year at the age of one, and the year after, Jonas Ödling also died. After her father’s death, Alva and her mother moved around to different addresses in Stockholm where they were given poor relief, and Alva Nordberg earned her living among other things as a maid servant. Her mother seems also to have had a son outside wedlock in 1893, and he was soon handed over to the General children’s home (Allmänna barnhuset).

On Christmas Eve 1899, Alva Nordberg married Gustaf Hjalmar Nordberg, a seaman and later ship’s carpenter and coxswain. Six months later, the couple, or just Alva Nordberg — it is unclear which — had a daughter born out of wedlock: Alva Syrena Josefina. One year later, their son Björn Gustaf Harry was born, but he died when he was only five months old, and in 1901 their other son Alvar Gustaf Harald was born. At that point, the family had moved away from Stockholm to Gustaf Nordberg’s parents on Gräddö Island. Apart from working as a cook on steam boats now and then, Alva Nordberg started running a tearoom for summer visitors. However, the tearoom ran at a loss. On account of her debts, Alva Nordberg started accepting foster children.

That was one way for poor people to make a little money quickly. The newspapers were full of advertisements in which mothers searched for foster parents for their children, for a small payment. Some wanted to avoid the shame of having given birth to a child out of wedlock, and others needed to arrange private childcare at a time when official childcare was extremely limited. Alva Nordberg responded to one of these advertisements in 1902 and accepted a newborn girl for 200 kronor. According to the agreement, the girl’s father was to pay a further 400 kronor, but unfortunately the whole sum did not arrive. For 225 kronor, Alva Nordberg had thus agreed to look after a small child as if it were her own until the girl was able to earn her own living.

While the money was certainly a much-needed contribution to the household economy — the sum itself was barely a fifth of a worker’s annual age — it was very little for covering 15 years of food, clothes and keep. In order to earn a little from the foster child fee anyway, Alva Nordberg sent the girl on to another foster mother, whom she in her turn failed to pay. After a while, the new foster mother tired and sent the girl back. The girl was to live at five different foster homes in this way during her first two years.

Between 1902 and 1905, Alva Nordberg was to accept 17 infants for a fee, and she failed to report many, but not all, to the authorities. Six of them were sent on to other foster mothers, probably for a lower fee or none at all. Seven children were to die in their infancy in her care. The new law was thus not as effective as intended and the case of Alva Nordberg specifically was commented on in a magazine published by Centralförbundet för Socialt Arbete (CSA) as an example of the fact that the direct or indirect murdering of illegitimate children who were still nursing was still being tolerated.

Alva Nordberg was arrested in the street in Stockholm one summer’s day in 1905 when she was transporting a child’s dead body in a sugar chest. Neighbours on Gräddö had tipped off the police about Alva Nordberg trying to hide children’s dead bodies and also that she drugged her foster children with opium. During the trial, it emerged that five infants had died during the past year after having stayed at Alva Nordberg’s for only a few days. The prosecutor pressed for murder in four cases and attempt to murder plus two frauds in the fifth case. Alva Nordberg herself said that her intent had never been to kill the children even though she admitted that she had taken on too many children and treated them carelessly: “I needed money for the rent and I didn’t think much about the consequences of what I did”, she is supposed to have said during the trial. Even if her intent was not to kill, it was a matter of mortal danger for small children to be sent between many foster homes belonging to the poorest of the poor who accepted the lowest possible fee, or no fee at all, and to be fed on diluted or sour milk, given inadequate clothing, changed seldom, or be drugged on opium.

The trial took several months and was well covered by the press. Many witnesses were heard including her husband Gustaf Hjalmar Nordberg, who was also accused but who asserted that he had had nothing to do with his wife’s foster children business. Neighbours, lodgers, a temporary servant, other foster mothers and the mothers of the children were also heard. The trial against Alva Nordberg shows that so-called ”änglamakeri” (baby farming, litterally "angel-making") was not only an effect of a single person’s activities but that there were many people all around who allowed the neglect to continue while remaining silent. Baby farming was a result of a great number of circumstances such as poverty, the low status of children born out of wedlock, the lack of childcare, and unmarried mothers’ double burden of bearing the shame for their illegitimate child and providing for it. Finally her husband was freed while Alva Nordberg was sentenced in December 1905 to two and a half years’ hard labour for the maltreatment of one foster child. It was impossible to sentence her for murder or attempted murder of more children against her denial. The drawing of a borderline was not self-evident between who was a criminal baby farmer and who was just a poor foster mother like thousands of others, who accepted children who did not always survive.

Alva Nordberg served her sentence at the county gaol, Länsfängelset in Växjö (later Centralfängelset in Växjö). Her own children were taken into care and placed in a foster home by the boarding-out offices of the Stockholm committee for poor relief. During her prison sentence, the Nordberg couple were divorced and after serving her sentence, Alva Nordberg returned to Stockholm where she met a new husband. They moved to Dalarna and their two children were born there.

Alva Nordberg kept her past a secret from her new family until her death in 1948. 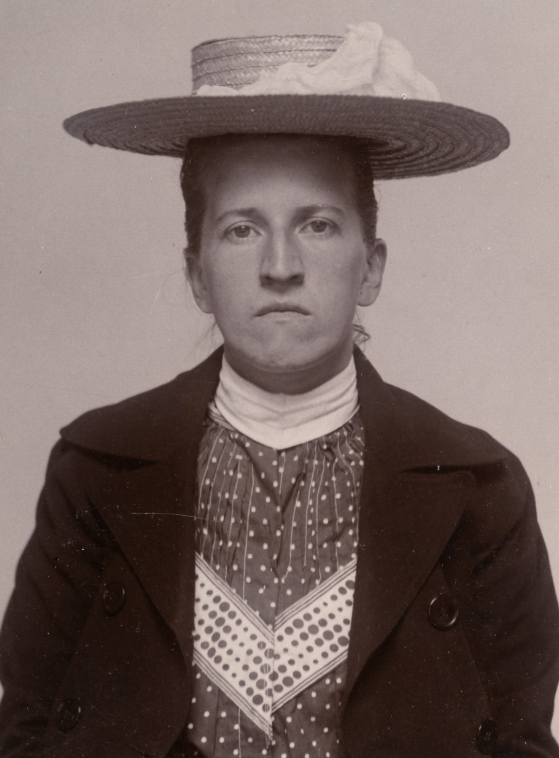