Alma Petri was a teacher and a well-known leading figure and officer of Frälsningsarmén (the Swedish Salvation Army).

Alma Petri was born in 1871. She grew up in an upper-class environment in Halmstad. Her father, Carl Magnus Petri, was a teaching instructor and also worked as a hospital priest. Her mother, Charlotta (née Nyman), cared for their large family. Alma Petri had a solid education and took her final exams as a private student. In 1890 she started teacher training at Kungliga Högre Lärarinneseminariet (the royal advanced teacher training school) in Stockholm and in 1894 she became employed at Ystad girls’ school. However, she did not settle in well as a teacher and soon left the trade and joined the Swedish Salvation Army. She had already been in contact with the movement in her hometown when she was 16, but it was not until 1897 that she became an active member. Following her training at Frälsningsarméns Krigsskola (the Salvation Army military school) in Stockholm, she was placed in the slum and emergency department. The head of this department was Elisabet Liljegren and she and Alma Petri would work side by side for 16 years.

In addition to becoming head of the slum section in 1920, Alma Petri was also the editor of the magazine Ljus och Mörker. She also contributed to Stridsropet. She published a number of pieces, including the biography entitled Slummens öfverste. En kort teckning av Elisabet Liljegrens liv, 1923. One of her areas of responsibility was to obtain the necessary funds for the ever-expanding social work. She was more successful than most and gathered funds for both properties and running expenses.

Alma Petri’s membership in the Swedish Salvation Army inspired her younger sister, Laura Petri, to follow in her footsteps. Their family had been active in the church for generations and they were both well-educated daughters of the bourgeoisie whose activism and interests led them toward the Salvation Army. There was an ideal amongst the daughters of the bourgeoisie that involved philanthropic activism. The Salvation Army gave these women an opportunity to contribute to social work. Within the framework of the Salvation Army these women were also able to enjoy positions of authority and to speak publicly. The movement was one of the first that allowed women to testify and to preach publicly.

Alma Petri remained active in the Swedish Salvation Army until her death in 1927. Her own accounts of her years of work can be found in the book her sister Lauri Petri produced in her memory in 1933.

Alma Petri died in 1927 and is buried at the Norra cemetery in Solna. She shares a grave with Elisabet Liljegren. 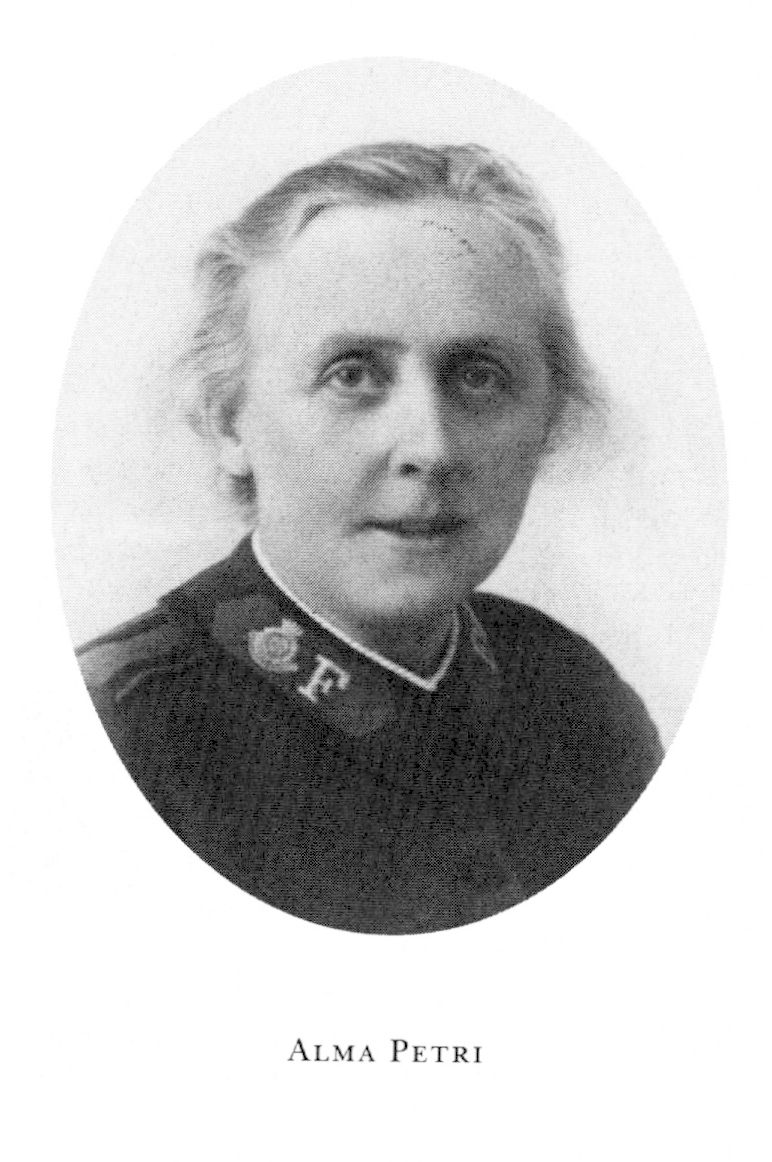