Gull Natorp was a treasured actor of the first half of the twentieth century.

Gull Natorp was the daughter of businessman Alfred Teodor Ericsson and his wife Maria. She was born, the only child of the family, in Stockholm in 1880. Gull Natorp attended Elin Svensson’s drama school from 1904–1905 and then studied drama variously in Paris, Berlin, and Düsseldorf in 1910.

Gull Natorp made her stage debut in 1905 as a member of Albert Ranft’s company. Ranft had hired her to work at Svenska teatern and Östermalmsteatern, and she remained at the latter until 1907. She then joined Carl Deurell’s company in 1907, before joining Hugo Rönnblad’s theatre company in 1908. During the 1911–1912 period she was a member of Uno Brander and Mauritz Stiller’s company at Lilla teatern, and she stayed on even after Justus Hagman took over until the theatre closed in 1913. She then headed out on a series of tours. Harry Roeck-Hansen employed her from 1917 onwards to work at Djurgårdsteatern and Komediteatern. During the 1931–1932 period she then worked at Gösta Ekman’s stage at Vasateatern. Gull Natorp also performed at other Stockholm theatres, including Dramaten, Folkan, and Oscarsteatern. She went on tour with various companies including that of Anders de Wahl in 1913, Hilda Borgström in 1914, Mary Johnson and Richard Lund (led by Karl Gerhard) in 1919, as well as the Dramatiska teatern national tour in 1933.

Gull Natorp’s stage roles included Mechtild in Bröllopet på Ulfåsa in 1906, Stina in Värmlänningarna in 1907, Mizi Schlager in Älskog, Käthie in Alt-Heidelberg, and Alice Faulkner in Sherlock Holmes all three of these in 1908, Eva Schack in Äkta makar in 1911 at Lilla teatern, Mrs Cliveden-Banks in Outward Bound in 1925 at Komediteatern, Florrie Sands in Saturday’s Children and Miss Elisabeth Tweedie in Murray Hill both in 1929, and Miss Wayland in The Sacred Flame in 1930, all three of these at Blancheteatern, Louise in The Storm in 1933 at Dramaten, Fräulein von Kesten in Gestern und Heute in 1934 at Blancheteatern, Martha Brewster in Arsenic and Old Lace in 1943 at Oscarsteatern, Amanda Wingfield in The Glass Menagerie in 1946 at Malmö stadsteater, the Duchess of Berwick in Oscar Wilde’s Lady Windemere’s Fan in 1947 at Vasateatern, Miss Skate in Love’s Comedy in 1948 at Vasateatern and Madame Parole in La Cuisine des Anges in 1953 at Alléteatern.

Gull Natorp also appeared frequently on the radio where she performed in numerous radio theatre productions and she also appeared in revue shows.

Gull Natorp primarily played supporting roles, transformed into clever character portrayals which she performed with attention to detail. Her distinctive voice and her highly public profile meant that she was often given somewhat ditzy parts, playing either flaky or snooty women, who often belonged to society’s upper crust such as aristocratic women, the dean’s wife, or something along those lines. In some ways Gull Natorp was a character actress who performed roles in her own unique way.

Gull Natorp was married to fellow actor Arthur Natorp from 1913 until the latter’s death in 1943. The couple both worked at Blancheteatern for several years where they often appeared together.

Gull Natorp died in Stockholm in 1962. She is buried at Norra begravningsplatsen (the Northern cemetery) in Solna. 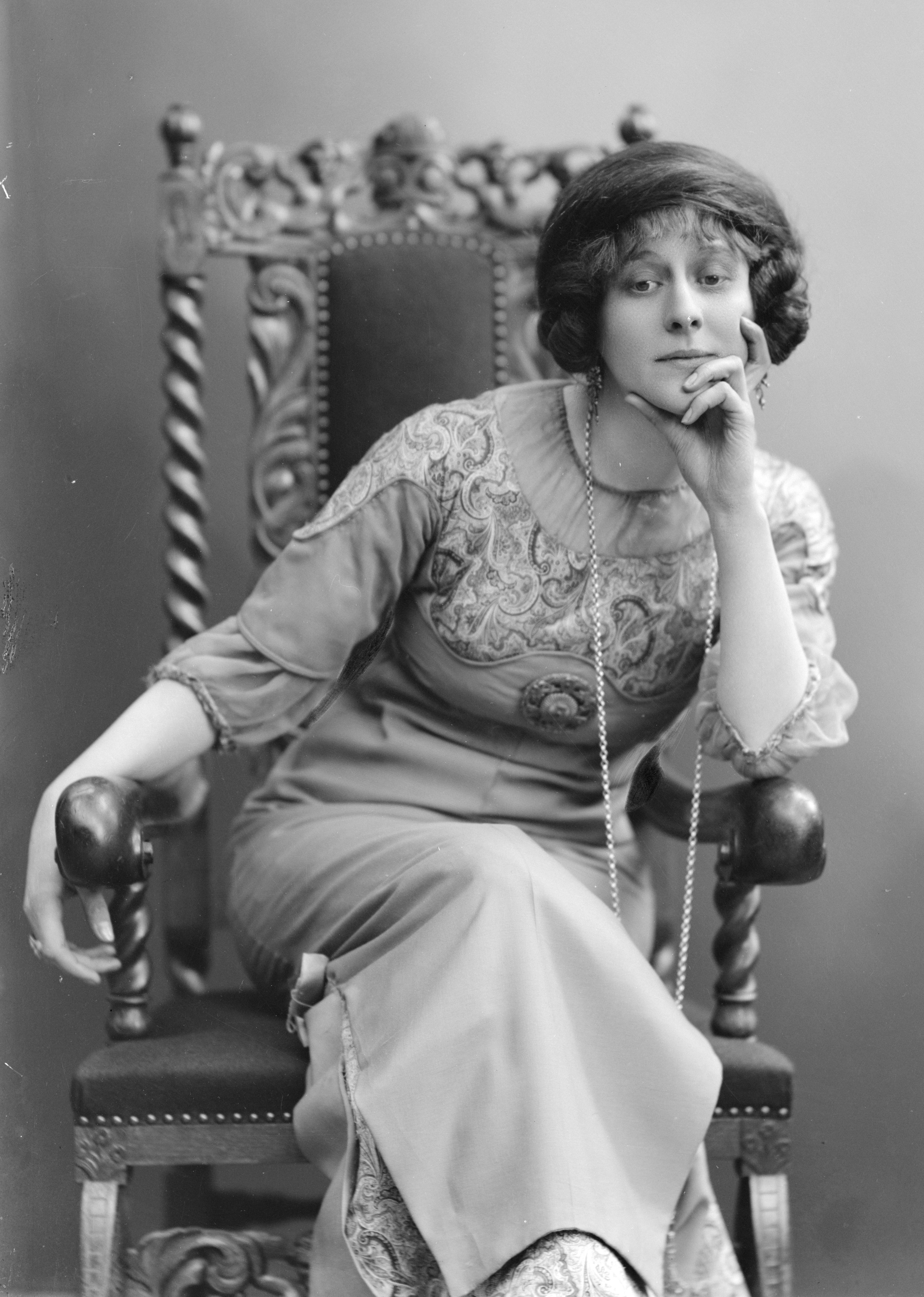