Lady of the bedchamber, mistress of the robes, national head of the 'lotta' corps

Alice Trolle-Wachtmeister served at the Swedish Royal Court for several decades. She was lady of the bedchamber to Queen Silvia and later mistress of the robes. She was very engaged in social issues.

Countess Alice Trolle-Wachtmeister was born Alice Victoria Tornérhjelm in 1926 in Helsingborg. She was the third of four children of the landowner Erik Tornérhjelm at Gedsholm, Bjuv, and his wife Ellen, née Valentiner-Branth, from Denmark. Her older brothers were Erik Gustaf Viktor Tornérhjelm and Nils Erik Tornérhjelm. Her younger brother was Göran Tornérhjelm.

Parallel with her life as the lady of Trolle Ljungby, Alice Trolle-Wachtmeister became involved in societal and charity matters, among others in the Red Cross. She underwent training for an air surveillance and personnel care appointment in the air force and became engaged in the Kristianstad county women’s auxiliary service, first as the vice chief in 1962—1968 and later as the chief in 1968—1974. After that she was elected chairwoman of the national association Riksförbundet Sveriges lottakårer and was the national chief in 1974—1978.

Even before Alice Trolle-Wachtmeister started serving at the Royal Court, she and her husband were good friends of King Gustaf and Queen Silvia. They met among other things at hunts and gatherings in the southernmost Swedish province of Skåne.

The assignment as lady of the bedchamber, a position introduced by Gustav III in 1774, involved building up a new court from scratch. For many years, an active court for a queen had not existed at the Royal Castle. Queen Louise had died in 1965 and Princess Sibylla seven years later, in 1972. Queen Silvia needed a modern, well-functioning office that could satisfy the needs of a queen in tune with the times, at the same time as the old customs of the court must be preserved.

As lady of the bedchamber, Alice Trolle-Wachtmeister was responsible for the queen’s court. She ensured good planning for the queen’s official activities and representation. Her work also included preparing and producing plans for various programmes and visits in Sweden and abroad, as well as providing information about them. Her extensive knowledge and great experience from different parts of Sweden, Swedish society and Swedish customs and traditions made her well suited to her assignment. She became one of the closest and most important advisors to the queen. Furthermore, Alice Trolle-Wachtmeister was a board member of the queen’s foundation Drottning Silvias Jubileumsfond and advisor to the board of the queen’s foundation Mentor Sverige. Many have borne witness to the fact that Alice Trolle-Wachtmeister inspired respect in the people she met. Her direct manner and interest in people made a deep impression on them. She was a wise and good listener. With humour and great integrity, she gave advice and support when needed to colleagues at court but also in other contexts. Upon Alice Trolle-Wachtmeister’s death, King Carl Gustaf described this characteristic in particular: ”With her warmth, loyalty and wisdom, she has always been a great support.”

After many years’ service as lady of the bedchamber, Alice Trolle-Wachtmeister was appointed as mistress of the robes at the court in 1994. The role of mistress of the robes has a more ceremonial character but still involves a number of advisory functions to the royal family. It is in the formal sense the fourth highest position in Sweden after the Speaker, the Prime Minister and the Marshal of the Realm.

Alice Trolle-Wachtmeister was awarded many Swedish and international decorations and medals. For meritorious work at court, she received Hans Majestäts Konungens medalj av 12:e storleken med kedja in 1990; Konung Carl XVI Gustafs jubileumstecken in 1996; and Konung Carl XVI Gustafs jubileumstecken II in 2013. For her faithful service she was also rewarded with a unique decoration in the form of the King’s and Queen’s shared monogram with diamonds, to be worn on a special Swedish rosette.

Alice Trolle-Wachtmeister also received many tokens of gratitude from abroad in the form of more than 30 special crosses, among them those of the Danish Dannebrog Order, Finland’s White Rose Order, the Dutch Oranienhus Order, the French Ordre national du Mérite and the Japanese Order of the Sacred Treasure.

It is worth noting that as early as 1977, before Alice Trolle-Wachtmeister had any formal role at court, the queen asked her to attend the solemn inspection, the so-called witness confirmation, and carry the newborn royal child, Princess Victoria, later Crown Princess Victoria, to the Speaker, Prime Minister and Marshal of the Realm of the time at the Stockholm Royal Castle. She later had the same assignment as lady of the bedchamber, when Prince Carl Philip was born in 1979 and Princess Madeleine in 1982. When Princess Estelle was born in 2012, Alice Trolle-Wachtmeister was asked to do the same for her.

Upon the death of Alice Trolle-Wachtmeister, Crown Princess Victoria said in a statement that ”as long as I can remember, Alice has been a support for my family and for me personally. Alice was a person of rare wisdom and warmth whom I am glad that I was able to get to know”. 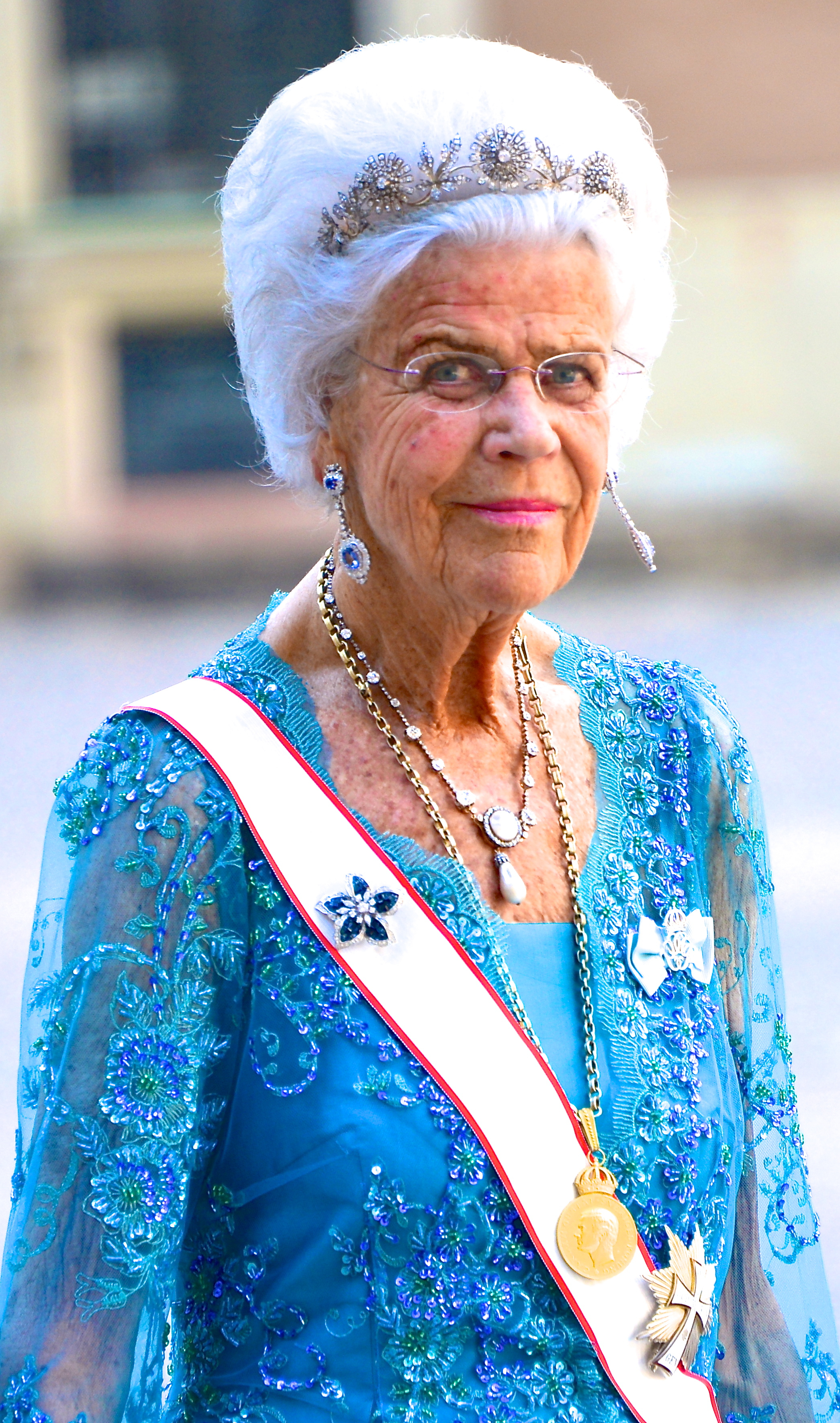