Alfa Olsson was an ethnologist and museum curator. She gained her doctorate in ethnology at Lund University in 1958. Her thesis, Om allmogens kosthåll. Studier med utgångspunkt från västnordiska matvanor, is nowadays understood as a classic in research on the history of food.

Alfa Olsson was born in 1914 in Kungälv. She was the oldest child of three, and grew up in a home where their mother took care of the household and their father ran a charcuterie shop. Not much is known about Alfa Olsson’s private life. She remained unmarried and lived all her life in the family home and her posthumous reputation is as a careful and well-liked researcher and co-worker, and also as a skillful writer. In her writing, Alfa Olsson was to combine three fields of interest: ethnology, history and archaeology. She had read ethnology for Sigurd Erixon, history for Curt Weibull and participated in the archaeological dig at Rörvik in northern Bohuslän on the west coast of Sweden in 1935, where one of the few known kitchen middens from the stone age was investigated.

Alfa Olsson’s work place for almost thirty years was the Gothenburg museum of history, nowadays the Gothenburg City Museum. After having had a shorter appointment at the museum in connection with a field investigation in 1937, and with a shorter break for work on her thesis at the Ethnological Archives in Lund, she advanced and became museum assistant in 1945, amanuensis in 1947, first amanuensis in 1953, curator in 1954 and finally head curator in 1964. Alfa Olsson worked on collections and archives at the museum as well as producing exhibitions and making records. She also held demonstrations and lectured for students from agricultural colleges and domestic science colleges. In the museum’s catalogues there are traces from her time there in the form of photos showing Alfa Olsson dressed in evening dress from the collections. Under the direction of the museum, she continued the work of ethnologically collecting maritime objects, as initiated by Sven T Kjellberg and Olof Hasslöf.

Alfa Olsson died early at the age of 52, so her list of publications is relatively short. These articles deal not only with food and household history but also archaeology, churches, maritime culture, and the town of Kungälv. Her geographical area of interest was always Bohuslän. In an obituary, her student comrade Nils Arvid Bringéus states that: ”She was West-Swedish not only in her accent but in her whole being”.

Alfa Olsson’s interest in and knowledge about the maritime culture of Bohuslän, particularly the social life and material culture that circled around the daily food and household, is clearly apparent in the article ”Kostvanor bland fiskare i Bohuslän", from 1947. Seen in the perspective of maritime history, her work is a pioneer contribution and also interesting from the point of view of gender history, since women’s conditions and work tasks in the fishing villages are highlighted and knowledge about them deepened. Also in the article ”Gåvan hugfäste släktens minne”, in 1950, where the material culture is combined with archive materials and personal histories, women play a distinct role. One important inspiration and mentor for Alfa Olsson was Olof Hasslöf.

Common to all of Alfa Olsson’s articles is the blurring of discipline borders between history, ethnology and archaeology. Her research was what today would be called interdisciplinary. In her thesis, it is people’s food habits, with soup, boiled flour and porridge dishes that are the focus. She dared to take out her own compass course in her thesis, and thereby followed a different path from the accepted methodology of ethnology research. Her work lacks any semblance of ”complete inventories” of particular phenomena and artefacts, with the related proliferation mappings. It is instead a study full of curiosity, that raises questions and problematises them, rather than establishing truths. A journey to make an inventory in the Färoe Islands in 1952 resulted in the work Färöiska kostvanor, (Food habits in the Faroes) in 1954, which links up with the tradition at the museum of ethnological maritime investigations of the North Sea and Atlantic cultures.

Alfa Olsson also produced some smaller historical studies of settlements dealing with the churches in Landvetter, Härryda and Styrsö. To the lexicon Kulturhistoriskt lexikon för nordisk medeltid från vikingatid till reformationstid, in 1956–1978, Alfa Olsson contributed several articles about food habits, among others under the entry words ”Fish dishes”, ”Porridge”, ”Boiling”, ”Sausages” and ”Bread in times of famine”. In the Gastronomical Calendar of 1967 she approached the subject of the difficulties of preparing food during the middle ages.

Alfa Olsson died suddenly in 1967. She rests in the family grave in the Old Cemetery in Kungälv. 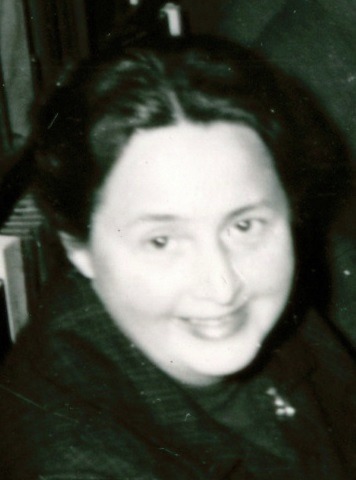