Ika Peyron was a productive composer who was active during the second half of the nineteenth century and in the early twentieth century. Her music continues to be played by musicians throughout Sweden even now.

Ika Peyron was born in Timrå in 1845. She was the daughter of Anna Maria Lundström, a maid. When she was an infant Ika Peyron was adopted by the Asps, a merchant couple in Sundsvall, the town where Ika Peyron subsequently grew up. By 1855 at the latest the Asp family moved to Stockholm and there Ika Peyron received piano lessons from Louise Engström and Ivar Hallström.

In 1865 Ika Peyron married Ludvig Peyron in Storkyrkan in Stockholm. Ludvig was a wholesale merchant just like her foster-father. However, he was also a parliamentarian and the founder of Stockholms Ångfartygs Rederi AB, as well as the Hamburg consul in Stockholm. It is not known at what point Ika Peyron shortened her name from the original Fredrika to Ika but from the time of her first son’s birth announcement in 1866 and in other similar public documents her name appeared as “Ika and Ludvig Peyron”. Ika Peyron had four sons, named Karl, Knut, Johan, and Tom.

As was the case with many other married women of the upper social classes, Ika Peyron was active in charitable works and a member of various associations. She, for example, was on the board of Stockholms fjällkoloniförening and Östermalms nya barnkrubba (new crèche) as well as being an active member and patron of organisations including Torsvik and Lidingö Godtemplarloger (Good Templar lodges), Lilla Hushållsskolan in Sundbyberg, Kvinnoförbundet för Sveriges Sjöförsvar (women’s national maritime defence federation) and Sällskapet Nya Idun.

As a married woman she continued to take piano lessons, now with Jan van Boom, professor of piano at the Royal Swedish Academy of Music's school. Ika Peyron’s main opportunities for public performances occurred in the context of the associations she belonged to, such as at annual general meetings or at benefit concerts. Not infrequently, these took the form of major events.

It has been recounted that Ika Peyron was able to play her own melodies on the piano from the age of four. Nevertheless, it was not until the 1880s, once her sons were a little older, that she was able to set aside the time to work on her musical compositions. This took the form of private lessons in counterpoint with the head of the royal orchestra, Joseph Dente, whilst she took lessons in harmonising and composing with Emil Sjögren, and finally lessons in instrumentation with Anton Andersen, a cellist in the royal orchestra. Although she did frequently perform her own compositions they tended to be performed by other musicians. The Aftonbladet newspaper noted on 4 May 1898 that the singer Siri Lind had sung “some Swedish Romances, including ‘La première’ by Ika (Mrs L. Peyron in Stockholm) with words by Coppée, and the song had met with lively applause” in Salle Charras, Paris. The Svenska Dagbladet newspaper noted on 3 August 1899 that Ika Peyron’s “David’s psalm no 86” for a four-voice women’s choir and “Romace and humoresque” for violin and piano found “great success” at a concert in Antwerp’s Jardin Zoologique – “Mrs Peyron’s composition is in no way superficial – it genuinely expresses something – it takes hold of your soul and your thoughts”. Her piece called “Lovsång” was also frequently performed by church choirs around the turn of the 1900s.

Ika Peyron’s output in terms of music for use in the home was extensive. These are pieces for entertainment purposes, at a level of difficulty appropriate to amateur pianists, and arranged for singing and to be played on instruments commonly found in many Swedish homes, namely the piano and the violin. She cleverly navigated these limitations and became highly sought-after by those publishing houses which profited off the amateur musician market. In Stockholm she was published by Abraham Lundquist and Elkan and Schildknecht, amongst others, while in Oslo it was Warmuth who published her music and in Copenhagen it was Wilhelm Hansen. Initially she used the short pseudonym of “Ika” but from 1888 onwards it was “Ika Peyron”. The establishment, meanwhile, looked down on this type of music and her publications were often reviewed as “empty and meaningless” (1900) or “of very modest content” (1911). While many other composers primarily saw this type of music as ‘bread-and-butter’ compositions and preferred to promote their own output using more substantial labels such as sonatas, string-quartets, and orchestral pieces, one gets the impression that Ika Peyron took a certain pride in being a popular composer. If one digs into a list of her works it nevertheless becomes apparent that she produced a fair amount of these heavier works, including string quartets and several sonatas for violin, cello, and piano. Indeed some of her organ pieces can be considered as concert-worthy.

What makes Ika Peyron even more remarkable is that her music continues to be played by musical groups in Sweden. This presumably began during the early 1910s when several of the military music groups in Stockholm began to include her popular pieces in their repertoires. In publicised programmes we see that Ika Peyron’s works were played during various parades of guards or park concerts almost every other week throughout the year of 1915. This laid the foundations for the fact that even now her pieces “På terrassen”, “I ungdomstiden”, and “Festligt intåg” can be heard when music groups are on parade.

It is unclear whether she herself was responsible for arranging the music or whether this was done by the various musical directors of the given groups. A musical director was expected to arrange popular music to suit his or her own music group albeit it is known that Ika Peyron arranged her pieces for “smaller theatres”. Even if we don’t know whether these performers involved wind-instruments or not, we do know that she nevertheless in theory may have been responsible for the musical arrangements.

Ika Peyron died in Stockholm in 1922. She is buried at Solna cemetery. 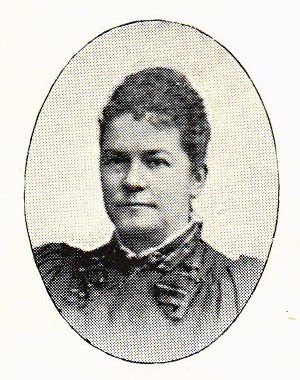