Agnes Söderquist belonged to the temperance and the Social Democratic party women’s movements. She was active in both these movements and produced written work not only in Västerås but also at a wider national level.

Agnes Söderquist was born in 1881. Her parents lived in a farm labourer’s cottage on Brunsholm estate. Her father was a farm-hand on the estate and her mother probably also worked there. After a couple of years working for various farms in Mälardalen the Karlsson family settled in Västerås in 1887. The family had expanded to include another four children by 1895. Her father found work as a caretaker, a stoker, and as a farm-hand at a building situated in one of the more refined areas of Västerås. The family lived in a single room provided by the employer. According to Agnes Söderquist theirs was the only poor family in the whole building. Her father’s precarious position, his low salary and their cramped living conditions – serving a large family of eight children and two adults – meant that she developed an awareness of class divisions at an early age.

The family was actively involved in the temperance movement and Agnes Söderquist maintained this activism throughout her life. During her active membership of the Västerås branch of IOGT (now IOGT-NTO) which dated from the time she was nine years old, she at some point held every one of the various positions of responsibility available in the organisation, thus becoming very familiar with the inner workings of association-membership from an early age. After completing six years of public schooling and one additional year she attended night-courses to become a qualified seamstress. She then moved to Stockholm where she worked as a seamstress for a few years. In 1902 she returned to Västerås and married train-driver Rickard Söderquist. Their first child, a son named Klas, was born two months after their wedding and Agnes Söderquist subsequently gave up her professional career in order to devote her time to her home and family.

The dismay she felt about social injustices and the subordinate position of women led Agnes Söderquist to join the Social Democratic workers’ commune in Västerås in 1903. Initially she, and her husband, were primarily involved in the youth club. When some of the female members of Metall 20 wanted to set up a Social Democratic party women’s club within the workers’ commune in 1907 Agnes Söderquist joined up and it wasn’t long before she was appointed chair of the group. She held this post at various times throughout a 22-year period.

The Västerås women’s club was set up following the very first Social Democratic party women’s congress which was held in Stockholm in 1907. There delegates congregated from other Social Democratic party women’s groups, associations, and workers’ communes from across Sweden. A working committee comprising nine individuals was established in order to keep member organisations up-to-date and to ensure a collective approach was maintained between the various congresses. Five major gatherings were held before the organisation took on its permanent format in 1920 when it became Sveriges socialdemokratiska kvinnoförbund (now known as S-kvinnor). Agnes Söderquist attended every congress – apart from the first – in her role as chair of the Västerås socialdemokratiska kvinnoklubb. In 1919 Agnes Söderquist instigated the setting up of Västmanlands socialdemokratiska kvinnodistrikt and served as the group’s chair. This gave her a position on the association board. She held the post of chair during various times for a 20-year period.

Agnes Söderquist was given roles on behalf of the association board from the outset. In addition to travelling throughout Sweden on rallying tours she also served as the association’s first organiser. She retained this role until the late 1930s when she was succeeded by Hulda Flood. The aim of the organiser was to, throughout the country, especially in the countryside and smaller places, raise women’s awareness of the political situations and to encourage them to get organised and vote for the Social Democratic party. Agnes Söderquist was responsible for some of the material the association distributed to its members. She wrote a small pamphlet which contained useful advice for new members.

She was also published in the Morgonbris journal, the association organ, to which she primarily submitted reports on her rallying tours and other travels, but also her contemplations, reflections, and advice on running the association and its associated study-group enterprise. She also published individual critiques on the Social Democratic party approach to municipal policies. Her peak writing production was during the early 1920s, when every issue of the journal contained one or two of her submissions. Her contributions became less frequent during the later 1920s.

Despite her sometimes intense engagement with the main association it was actually the local level which mattered most to Agnes Söderquist. Her substantial efforts within the Västerås political agencies and boards began in earnest in 1911 when she was elected onto the local adoption agency. Her efforts continued in 1913 when she joined the school board and the pensions board, and in 1919 she served on the child welfare agency and the girls’ school board. She retained all these positions for lengthy periods of at least twenty years, but sometimes even longer. She was also twice elected onto the town council, representing the Social Democratic party, and serving a total of five years.

Perhaps it was the political defeats – the fact that she was only successful on the town council for brief periods – which led Agnes Söderquist to dedicate her time and energy to realising long-standing project that she had championed since 1915: setting up a holiday home where worn-out and exhausted housewives could rest for one or two weeks during the summer. The project was under the aegis of Västmanlands socialdemokratiska kvinnodistrikt and Agnes Söderquist threw herself into the related challenges, including finding a suitable building as well as the time-consuming work of finding financiers, purchasing the building, fixing necessary repairs and providing furnishings. The holiday home for housewives at Almö-Lindö was inaugurated in 1931. This was a pioneering project and the very first of its kind. The concept of housewives leaving their homes and children in order to benefit from a week at a boarding house had generated suspicion and contempt as well as curiosity and happiness. Many followed her lead and around a hundred of these holiday homes were set up across Sweden.

As a member of Socialdemokratiska kvinnoförbundet Agnes Söderquist participated, as the local representative, in the ten-day journey to the Soviet Union organised by Morgonbris around 1 May 1934. There were 39 participants, mainly working-class women but also some intellectuals: Hulda Flood, Elin Wägner and Kaj Andersson, the journal’s editor. The aim of this trip was to see what living conditions were like for women and children in “the new workers’ state”. The full schedule included various study-tours and the visitors also celebrated 1 May in Moscow. Agnes Söderquist kept a travel diary which records how unimpressed she was with military parades and long public speeches – in fact she criticised the authorities’ attitude towards the public, which she felt was deceptive. Once all the military parades were over the workers’ emerged with their own bands, playing folksongs and Russian dance-tunes, happy people dressed in their finery enjoying a festival atmosphere which lasted late into the night.

Agnes Söderquist continued her activism at a national level during the following year. She served as one of the select delegates at a major public gathering entitled Kvinnornas vapenlösa uppror mot kriget (women’s disarmed rebellion against war), organised by a group involved with the Tidevarvet journal on 1 September 1935. The point of this action was to protest against global rearmament and to encourage men to use the negotiating table to resolve their conflicts. Tidevarvet organised a mass public meeting of around 1,000 female participants and debaters. Agnes Söderquist was selected to run a committee to discuss future actions on a national level.

During the 1930s and 1940s she continued travelling throughout the country, agitating and setting up new women’s clubs, running courses and offering training funded by the women’s association. She thus visited many different parts of Sweden and became familiar with many who were active across the nation. Her surviving correspondence contains many letters which testify to how well-liked she was. Agnes Söderquist produced a report after every rabble-rousing tour which she submitted to both the kvinnoförbundet board and to the particular district which had requested and (sometimes even) funded her efforts. She published these reports as articles in Morgonbris although copies of many of them also exist within her papers. As late as 1948, when she was 67 years old, she travelled to Gotland and, over a period of a few weeks, she held rallies and helped to establish new women’s groups at seventeen different locations.

Despite all her activism, Agnes Söderquist and the whole women’s association are only peripherally mentioned in the local Västerås Social Democratic party histories. Agnes Söderquist’s surviving papers reveal her to have been a hard-working, politically aware and whole-hearted activist who purposefully campaigned for her core issues: the socialist class struggle, female suffrage, peace and anti-militarism, sobriety, public education for all, an increased recognition of the importance of housework, and the provision of one or two weeks of holidays for worn-out housewives. She also campaigned for women to get their voices heard within the workers’ movement and to break through the rigid culture of associations which relegated women to positions of coffee-makers and knitters instead of potential parliamentarians and organisation chairs. 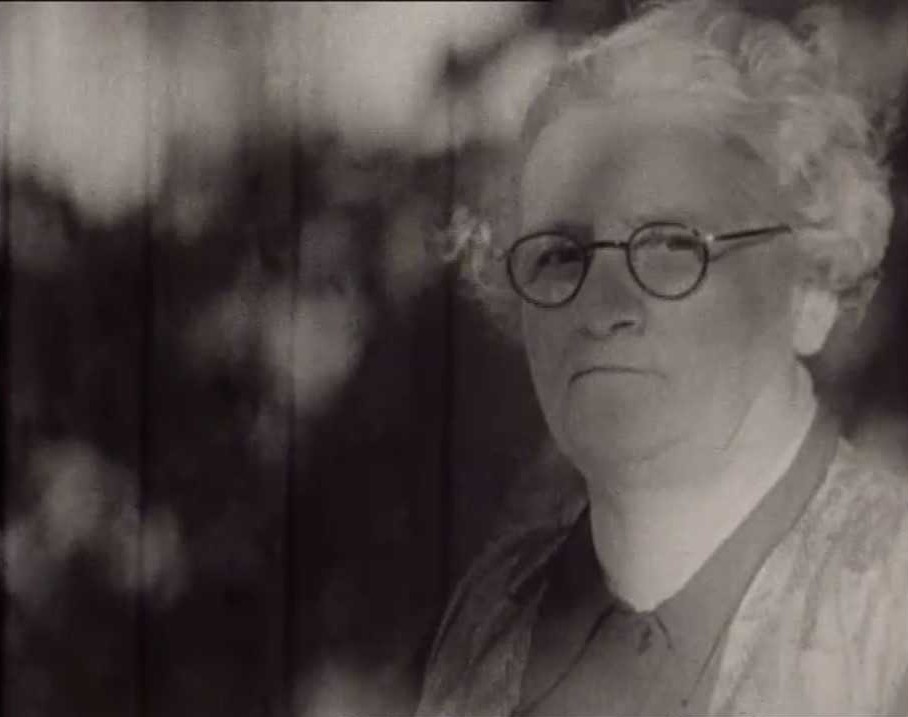