Agnes Branting was a textile artist, a renovator of religious textiles and a prominent pioneer within the sphere of Swedish textile arts. She was a protector of the nation’s textile heritage who developed a new groundbreaking method of preserving textiles instead of restoring them.

Agnes Branting was born in Åtorp in Värmland in 1862. She was the daughter of the Hälsinge-born apothecary Carl Johan Branting and his Scanian-born wife Maria Carolina Lundh. Her father died when Agnes Branting was seven years old. Following her father’s death her mother moved to Skara with Agnes and her sisters. In Skara Agnes attended a girls’ school. She continued her education at Slöjdskolan i Stockholm (the Stockholm Crafts school) in 1878 and, two years later, at Tekniska skolan (the technical school). Agnes Branting was the first person at the school to specialise in textile art. She graduated as a drawing teacher in 1884 and began to work as a pattern designer at Handarbetets Vänner (Friends of Handicrafts), a society established in 1874 which promoted Swedish textile crafts by running a pattern studio and by commissioning weavers across the country. Agnes’ talent gained attention, and she was given the opportunity to learn English in order to travel to England to study textiles there, including those of William Morris, who was a part of the contemporary Arts and Crafts movement.

In 1891 Agnes Branting became the director and artistic head of Handarbetets Vänner. She developed innovative ideas after a study-tour to Germany which would come to leave their mark on twentieth-century Swedish religious textile art. Sacred textiles came to occupy more of her time, as did the conservation of textiles. Among the responsibilities awarded to her was the renovation of the royal collection of woven wallpaper.

Under Agnes Branting’s guidance the society made contacts with several of the leading artists of the day and experiments were undertaken with large woven tapestries based on their sketches. This laid the ground for the freestyle woven visual art which became an important element of twentieth-century Swedish art. One of the first large monumental works was “Kräftfisket” by Carl Larsson. The pictorial tapestry was displayed at the World’s Fair in Paris in 1900 where Handarbetets Vänner was awarded two gold medals and a large number of employee awards. However, after personal setbacks and a sex scandal Agnes Branting resigned and ended her work with the society in 1904.

That same year, with the support of the philanthropist Anna Wallenberg, Agnes Branting set up the atelier Licium where she specialised in religious and heraldic textile art. She initially ran this business in collaboration with the textile artist Mimmi Lundström-Börjesson. From 1918 she ran the atelier on her own. Licium produced flags and banners, including those for a suffragette conference organised in 1912 by Landsföreningen för kvinnans politiska rösträtt (LKPR: the national association for women’s suffrage). Interior decoration textiles, such as carpets and furniture coverings, were also produced by the studio. Anders Zorn, Oskar Bergman and Gunnar G:sson Wennerberg were among those artists who created sketches which were woven into pictorial tapestries. Several textile artists, such as Sofia Gisberg and Sofia Widén, became linked with the atelier.

Agnes Branting was primarily interested in religious textiles. Taking inspiration from medieval textiles she created new religious art at Licium. Her aim was to improve Swedish religious livery. The wide model of chasubles came back into use and liturgical colours were reinstated. She created chasubles, amongst other things, for Kiruna church, the Hedvig Eleonora church in Stockholm and Lund cathedral, altar cloths for Storkyrkan and the Riddarholm church in Stockholm, and altar cloths for Helgesta church in Södermanland. One of the larger secular projects was a curtain for Kungliga Dramatiska Teatern (the Royal Dramatic Theatre) in 1918. Further, Licium organized exhibitions of its textiles and was also invited to exhibit at several industrial art museums in Europe.

It is difficult to determine the extent of Agnes Branting’s own artistic production. She did not sign her own work or supply them with the name of the atelier until the early 1900s. Her sketches and ideas were sometimes adopted and used by other textile artists who put their own names to them. Artistic directions chaged frequently during the nearly 50 years she was active as a textile artist, and her initially luxuriant form of artistic expression became increasingly abstract over time.

It was Agnes Branting’s idea to establish the Pietas society in 1908. She became both the leader and secretary of the society’s atelier for the conservation of textiles. Some years earlier she had been commissioned to organize and conserve the older textiles of both Uppsala and Linköping cathedrals. Among other things, she found Queen Margareta’s kirtle at Uppsala cathedral and Brigittine textiles at Linköping. She fully appreciated the importance of preserving this rich textile heritage for future generations. Agnes Branting deepened her knowledge of conservation methods by undertaking study tours both within and outside Sweden. The Pietas society created inventories and conserved textile collections in Skara and Strängnäs cathedrals as well as at the monastery church of Vadstena. Everything was documented in exemplary fashion.

Agnes Branting's written work within textile research was comprehensive. She published articles in several specialist journals such as Fataburen (the journal of Svenska Slöjdföreningen), as well as Fornvännen and Ord och Bild. As an employee of the national newspaper Svenska Dagbladet she wrote about arts and crafts and reviewed specialist literature. She also authored books, some of which were translated into German. In collaboration with Andreas Lindblom, professor of art history, she wrote Medeltida vävnader och broderier i Sverige which was published in two volumes from 1928-1929. Her niece and textile-historian Agnes Geijer took over the running of Pietas upon Agnes Branting’s death.

Agnes Branting became a member of Kungliga Vitterhets Historie och Antikvitetsakademien (the Swedish Academy of Letters, History and Antiquities) in 1919 and was awarded the royal medals Litteris et Artibus and Illis Quorum. 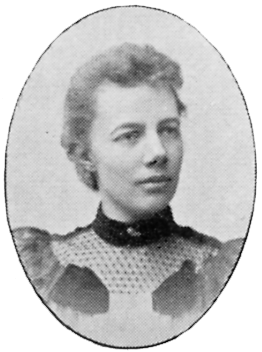