Agnes Börjesson was a genre painter and a member of Konstakademien (Swedish Academy of Art).

Agnes Börjesson was born in Uppsala in 1827. She was the daughter of Johan Börjesson, who was a rural dean, an author, and later a member of the Swedish Academy. Her mother was Baroness Fredrika Gustafva Fock. Agnes Börjesson studied in Copenhagen with Constantin Hansen from 1852 to 1853 and then from 1858 to 1862 she attended Slöjdskolan in Stockholm. Konstakademien was not yet accessible to women but several of the academy instructors took on private students or ran their own private schools. Agnes Börjesson spent three years studying with the artist Johan Christoffer Boklund. He was often described by his students as an inspiring teacher and a supportive friend.

Konstakademien rarely awarded travelling scholarships to women but Agnes Börjesson was one of the few to receive such a fund for the period of 1864-1867. She was also awarded the title “agree” in 1866, which meant that she was considered to be working within the academic tradition at a certain level of talent but was not yet mature enough to become a member of Konstakademien. She finally attained full membership eight years later.

During the 1860s it was still common for Swedish artists to travel to Düsseldorf in Germany in order to undertake art studies. Agnes Börjesson followed suit to deepen her knowledge of the idealised genre of painting called folk-art. She studied with the Swiss genre painter Benjamin Vautier and then travelled to Paris, but subsequently returned to Düsseldorf for the 1868-1871 period and again between 1873-1874. She settled in Italy, where she often travelled across the country as well as to Spain and Morocco.

Agnes Börjesson became a respected artist who was known for her interiors which often featured figures bedecked in beautiful clothing from earlier times, such as the lady dressed in mourning in Gamla minnen, or as in the painting entitled Skrivande dam, both of which were painted in Düsseldorf. When she was living in Italy Agnes Börjesson painted street scenes depicting narrow lanes such as Gatea, 1877, as well as church interiors as in Interiör i San Marco. Her painting Pompeji portrays classical architecture in light colours. She also did portraits. Her paintings were made with “elegant” brushes.

Agnes Börjesson participated in several exhibitions in Gothenburg and Stockholm. Göteborgs Konstförening bought her painting Genre which was then offered as the main prize in the 1864 membership lottery. They also acquired her Skrivande dam for their museum collection in 1874. Agnes Börjesson painted an altar painting called Jesu uppståndelse for Kville church in Bohuslän, which was opened in 1864. Her work was included in several exhibitions held at Konstakademien, as well as in the major Allmänna konst- och industriutställningen (General Art and Industrial Exposition) of Stockholm in 1897.

Agnes Börjesson died in 1900 in Alassio on the Ligurian coast of Italy. She is buried at Veckholm cemetery in the Uppsala diocese. 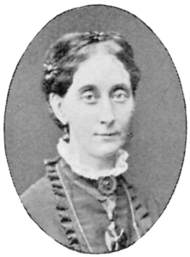